I've spent the last few nights hanging with protesters here. The scene is amazing. A lot of people are asking what it's all about, what are the principles, what the protest is against, and part of the beauty and the frustration of it all is that there is no set one thing.

Personally, I would like a list of principles or demands, and I'm not happy with the drafts that have been coming out so far, but the one thing every person down there has in common…

This is pretty inspiring. I would highly recommend taking the time to read it.

Thank you for the opportunity to speak before the court.  When I first met Mr. Manross, the sentencing officer who prepared the presentence report, he explained that it was essentially his job to “get to know me.”  He said he had to get to know who I really was…

Bill O'Reilly sternly criticized the media for describing Anders Behring-Breivik, the man who has admitted to committing… Continue

My Response to, "I'll Pray for You"

The "I'll Pray for You" is the ultimate conversation ender, or useless phrase thrown in which can be used in a variety of variations: goodbye, you're a fool, oh you're sick that's so sad but I'm not going to do anything of value, (while struggling with demon inside the collar of your shirt) you're... threatening... me... with reason... and I need... a way... out, you're going to war and i'm your honey. It pisses me off. They use it for everything and then what is a normal non-believer…

Couldn't make this stuff up folks. It reads like a trashy romance novel. This is the guy that started the "National Prayer Breakfast" and "National Day of Prayer". C Street in Washington. I love it when…

I'm circumcised, and always thought it was for hygienic reasons (more than the religious ones). Hearing this story makes me really stifle an urge to cry. I shot a sketch yesterday where we make fun of a guy decapitating a dog and we thought we might be called sick. Then someone goes and does something like this for real. So sad.

It can happen to you. Take five minutes and watch my disaster preparedness seminar and arm yourself with the knowledge against the…

I have no words, President Obama...

I'm so upset about this, and I don't see how any progressive, or supporter of liberty of any kind, can support President Obama, turn a blind eye to these policies yet call themselves politically aware. My article "Cult Politics" was published at OpEdNews.com about a week ago, and I will post that as well below, but read Glenn Greenwald's article, then listen to this poor kid and what happened to him.

This poem was originally posted on my Fiction blog, Pumping Keys.

For added effect, play the music video at the bottom and have a listen to this song while you read... it was written playing this song and it goes very well with the mood of the poem. The video is pretty cool too. 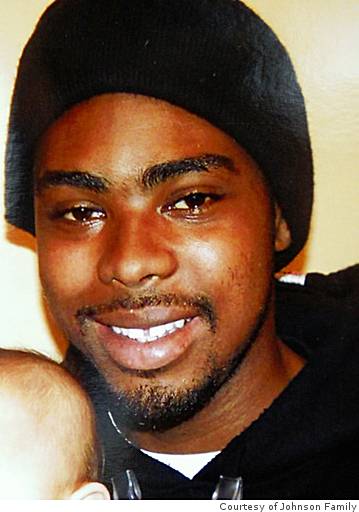 This piece was originally published on OpEdNews.com under the same title.

To borrow a line from John Lennon, "Imagine there's no heaven." Really, imagine it.

Now imagine you are Oscar Grant, lying on your stomach on the cold hard pavement of the subway platform. A knee, putting the weight of a two hundred pound man, descends on your neck like a wolverine's jaws, grinding… Continue

The Making of an Atheist

This is a fiction story I wrote that was originally featured on my fiction blog, http://pumpingkeys.blogspot.com, which features a new fiction story daily. Enjoy.
The painting of Jesus on a square eight by ten by half inch piece of ply wood looking out into the distance, with his hair in the wind, and love on his face; the only one he had ever seen where Jesus was portrayed as a real man, not like…
Continue

The Day the Catholic Church Dies

The day the Church dies there will be no sounds of joy among the godless:
No horns blown or parades thrown,
Rejoicing in the streets or marching to the beat,
No angels from Heaven to smite us down,
No Devil to laugh at our descent.
The end of the world will still belong to the sun,
When the Church takes its final breath
On a day no different than today
In a world with problems unfit for gods.
Where a frock is suitable only for Halloween;
A relic of a…

This is an Op-Ed that I wrote for OpEdnews.com. Monicks has been asking me to post it here, so I hope you all enjoy it...

Have you ever read your terms of use for Facebook? How about Google? If you did, there would be some phrases, if you can decipher them in the jargon, which you may find objectionable. However, they are tools for the modern world, and you would probably continue to utilize them anyway, knowing full well that they are, using… Continue