Insightful article from Godless in Dixie

I think Neil Carter is right on point in this article. I know, every time in my past that I've come to grips with my disbelief, I wonder how I could ever have believed ridiculous things so easily?

Why Do Intelligent People Believe Nonsense?

Last night, the staff of the church which I serve as Director of Music had a fundraising dinner that was a tremendous amount of FUN. And honestly, even though it was a church event, I don't think the fun we had was even remotely related to religion. We, the staff, served our guests dinner and participated in various games that were inspired by games featured on some late night TV shows, including a fairly epic Lip Sync Battle (a la Jimmy Fallon on the Tonight Show). I did "Dream On" by…

How Non-Believers Can Make the Most of Religious Services

The above post from Patheos.com got me thinking: I know most atheists probably don't care to attend church, for obvious reasons. But how many non-believers DO attend church regularly, to support a spouse or friend, for social benefits, or just because they still haven't "come out of…

Just over a year ago, I managed to get a new church music job: it pays better (and I've gotten two raises in the past year); the people I work with are very cool; my kids and wife love it there, and truthfully, I love it there. There's just one thing I realized today: in my heart of hearts, I don't actually believe in God. I pray out loud with my choir every week, I participate in Sunday School and talk about the Bible with other Christians, I often pay a lot of lip service to God. It's part…

I was raised Lutheran, but my parents were not very regular church-goers.  I went through Confirmation, and was a regular church attender and choir member as a teenager.  Then I went to college, and immediately stopped attending church.  So when I got out on my own in my early 20s, I continued…

I was at the library the other day, and decided to check out a book that I had skimmed through several years ago: Carl Sagan's The Varieties of Scientific Experience. The book, published a decade after Sagan's death in 1996, are taken from a series of lectures he gave in 1985, the Gifford Lectures in Natural Theology at the University of Glasgow.  For any theists who accuse atheists of being unable to speak eloquently about matters of "spirituality," I would challenge them to read…

Confessions of a Closet Atheist (continued)

Wow, it's been months since I realized I really didn't believe in God any more.  And nothing's really changed.  I still don't believe, but I still do a pretty good job pretending I do, for the sake of job and family. I've gotten the occasional comment from folks here at TA that I'm doing a pretty horrible thing, living a lie, etc.  I appreciate your interest in my situation, but sorry...maybe you have the perfect little atheist life, where all your friends are atheists, your job is great,… 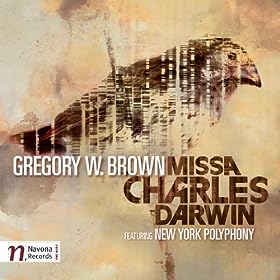 I've long been a fan of Douglas Adams's books.  Even when I was trying so hard to be a believing Christian, I enjoyed his books, even though he clearly thought God was a silly concept.

This interview with American Atheists was reprinted in the posthumously released Adams book The Salmon of Doubt: …

Just finished reading this excellent article: http://churchandstate.org.uk/2012/04/the-top-10-reasons-i-dont-believe-in-god/.  It summarizes the points so well, I thought it was worth sharing.  Enjoy!

[Okay, I'm gonna try this again. The first time I did this post, everything disappeared except for the first paragraph.]

A couple days ago, a 7-year-old girl in Illinois went missing. Of course, a Facebook friend (a Christian) posted a plea for prayers for the missing girl.  The next day, a body was found, and it turned out to be the murdered little girl.  Her uncle is being held in custody, presumably as a suspect in her murder.  So the Christian Facebook friend…