Here's another reason why I love Amazon

I mistakenly ordered a wireless mouse thinking it was a Blue Tooth mouse. I decided to return it, thinking I'd get a shipping label and instructions. Instead, they said to just keep it and they'd credit my card.

I do a LOT of my shopping with Amazon and this is just one more reason why. Amazon rocks!

My Vices! My Precious Vices!

Leave it to Hagee to take the fun out of everything. Not only do I enjoy rock music, I'm also a big fan of Harry Potter...

Hagee: Rock Music Is 'Satanic Cyanide' That Should Be Taken Outside And Burned | Right Wing Watch

It may be 2013, but that doesn't mean that Satan has updated his methods of corrupting America's youth, as John Hagee… 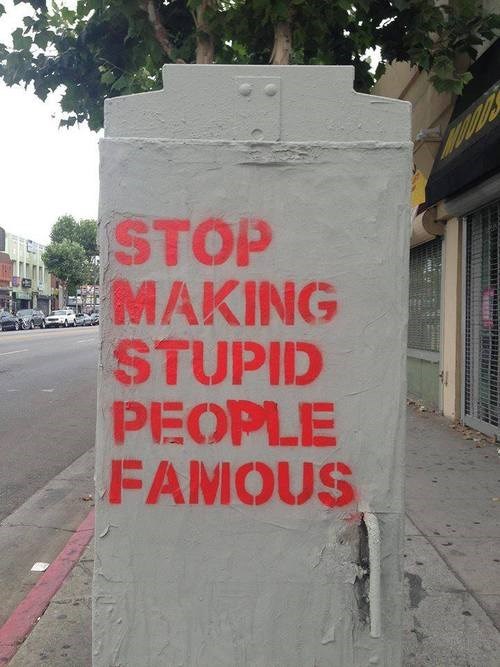 From Jersey Shore to Honey Boo Boo to Duck Dynasty, I am sick and tired of the glorification of stupid people all over the media. Comedians who act stupid for comedy's sake is one thing, but people who think it's cool to not know something, or to go out of their way to make a fool of themselves is the most perverse use of the airways I can imagine. I first noticed it when Paris Hilton first appeared,…

One Man, One Woman

Since the same sex marriage debate has been front and center in the past few years, christians have been beating us up with the "biblical definition of marriage" which we all know is pretty varied and not completely nailed down there. Pointing to Adam clinging to Eve and becoming one flesh is contradicted in many places where near-eastern polygamy reared it's…

Being Born a Certain Way Is Still A Sin

Go to the TP site linked just for the picture of Dolan. I have a feeling this is how he reacts to every "seemingly" progressive thing the Pope says.

Church deacon Jeff Leffew said  in a Sunday news conference, after the ill-fated church bus returned from church camp but wrecked close to home killing three and injuring numerous others, "We're going to have a long road, but God is good."

The needle on the cognitive dissonance meter must be pegged right now...…

The telescope is a refractor and the diameter of the lens is 60mm. The f/6.6 means the length of the scope is 6.6 times longer than it is wide which makes it 396 mm long (but everyone says…

Celsus's "On the True Doctrine"

So I stumbled across a Platonic writer by the name of Celsus from the 2nd century who wrote a damning critique of Christianity back in his day. It turns out many of the problems with Christianity have been around as long as the religion itself! Unfortunately, the original work was lost, but a Christian writer, Origen, wrote a counter argument where he quoted Celsus extensively. Those quotes have been translated into…

Surprise! Colorado Springs NOT in the Bible Belt.

Unlike what I usually do when I crosspost from my blog (where I simply paste the text in), I'll provide a TL;DR here because I want to highlight the thing I found really surprising.

In a Gallup Poll where they classified people into "very", "moderately" and "non" religious, and did this…

I Need Your Help.

I am trying to raise money for V-Day, an organization that is trying to eliminate violence towards women all over the world.

I have designed a shirt in order to raise money to donate to V-Day.

My minimum goal is to sell 50 shirts.

Every single cent that I raise will go to V-Day.

I will not be making any sort of monetary profit from this.

But I can't do this on my own.

So please help me out and buy a shirt for yourself, your friends, your family, and…

Every once in a while you read something that makes you seethe.

In a generous display of clemency a woman from Norway is…

Upper crust British women and their hats. What gives?

I first noticed it at the recent Royal Wedding. It was hard to ignore that many of the female invitees to the wedding wore very extravagant hats. By contrast, American women seldom wear hats, and when they do the headgear tends to be much less showy. Here are some examples or prominent British women and their wacky hats:…

Take it on Faith

I do not understand; how do the faithful know what to believe? Obviously they can't believe everything. So they are skeptical, sometimes. Perhaps that is what the "holy spirit" provides. It guides them to take some things on faith and reject other claims as false. But you need faith in a holy spirit first, so that's bullshit too.

I recall the first little prick that informed me that Santa was a hoax. I refused to give it up until I caught parents playing Santa. That was all it took.…

A dobsonian telescope consists of optics which were designed by Isaac Newton in the 1660's, on a mount popularized by John Dobson in the 1960's. They say more than half of all amateur scopes are of this type and I believe it. Many people make their…

Joseph S. Newman was Paul Newman's uncle. This poem comes from a book he wrote called It Could be Verse. It was performed by the great Lord Buckley. Bob Dylan also recited this in his early days.

There was Old Hezekiah Jones, of Hogback County.
He lived on a hill in a weatherbeaten hovel.
And all that he…

You can tell how well you are doing in giving your children the right sense of "Family" (capital F) when all the children shout in unison their reply when asked....................

We are all at the family farm this weekend and next week, eagerly awaiting birth of my sister's third baby (Nina is her midwife). My parents are gradually easing off running the family estate and handing over to my sister and hubby Geoff who left… Continue

The link is to a live feed at the US Botanical Gardens in Washington DC. They call it the corpse flower because of the unbelievable stench it generates during the short bloom period.

This plant blooms rarely and is one of the largest blooms in the world. It currently is almost 8 feet high! Mother Earth & evolution provide us with breathtaking flora & fauna....

It's Better that I Die...You too

I am going to die. There have been times in my life when this fact scared me. Two unknown details of my demise still have the power to worry my weary mind: when and how. I don't want to die young, before my children have grown and blossomed. I wouldn't prefer a painful death. Other than that, the certainty of my finality no longer fills me with introspective angst.

Most humans are brought up with…