What first made you become an Atheist?

I went to a place called the AOG (Assembly Of God) it was here that i thought i would give religion a try
however i had everyone coming up to me with this big hollywood type smile, old ladies hugging me young guys shaking my hand etc.

The preaching started and certain verses like you can be saved were spoken to which the pastor would look right at me when saying those certain types of verses, then the collection plate came around and people were flipping money in it all over the… Continue

The world has opened up before me; it slowly unfolds, revealing to me things I would never guess or imagine.

In our culture, we are told our lives should follow a certain pattern. There are activities that one is expected to carry out in order to be considered successful. If you diverge from the path, you will meet with disapproval from several sources: your parents, your friends and peers, your employers, your family, et cetera... You could be called a rebel, at worst, and… Continue

Sonnet to God, Where were you?

Hello God, if that's really your true name.
Hear me! I have a bone to pick with you!
Where were you when I called, Oh God, your name?
Were you there beside me as said is true...

Still I called, but my mind was breaking down.
If you're all powerful,… Continue

Why People Believe Invisible Agents Control the World - "Souls, spirits, ghosts, gods, demons, angels, aliens, intelligent designers, government conspirators, and all manner of invisible agents with power and intention are believed to haunt our world and control our lives. Why?" By Michael… Continue

The way my brain is wired makes me what/who I am. I've taken some psychology tests that helped me realise that: "Oh.. I guess that IS the way I am", self awareness helped me mellow out some of the rough areas of my personality, but some things I cannot change.. but self knowledge can be a key to self improvement and self acceptance.
Anyway I am wondering if a personality test could be developed that could determine if one's brain is wired to believe in a deity. I saw an article from a… Continue

Hey everyone i just joined up, someone on my atheist facebook group told me about this site, i gotta say it's a really good site, hope all who are here will join my group on facebook... 100,000 atheist face bookers against religious nut cases

just copy and paste it into your group search.

God's Elite: A Poem about Hate and Intolerance.

Also a journal I wrote in 2007 for Creative writing class. (See my other blog of this nature: Udile's Story).

The Bane of Mankind
Hate is truly a terrible thing. I would compare it to a disease. Once an individual has been infected, the hate will gain power and slowly corrupt their mind until their incapable of unconditional love and are blind to justice, happiness, peace, and the truth. It is also contagious, spreading with the vile efficiency of the Black Death. I call… Continue

Udile's Story... a fictional tale where Satan speaks for herself.

I wrote this short story in 2007 when I was a Senior in high school for a creative writing class. In English class we had spoke of the sympathetic view of Satan in "Paradise Lost," and how God was portrayed as almost evil in the story. I felt inspired! Although I didn't believe in the Devil, I always thought he had been given a "bad rep" so to speak. I felt sorry for the imaginary Satan of "Paradise Lost." So, I set about to reinvent the story of Satan's fall and to redefine and add my own… Continue 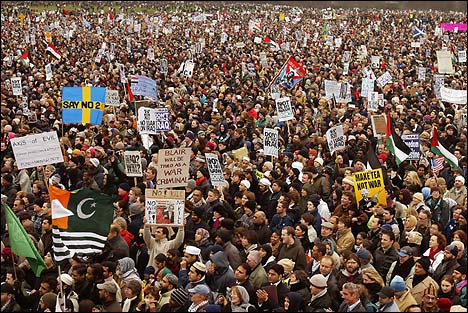 My Personal Definition of the Mind, and the Soul

Using a computer as an analogy for the nervous system, the brain is all manner of computing hardware, the mind is all the software running on it, and the soul is just a fraction of that software. Most of the software running in the mind deals with decision making, behaviorism, personality, creativity, etc. What I would refer to as the soul though, is the interpretation of ones self that no one could understand other than them self. As the way one thinks may drastically change, and ones… Continue

To be or not to be.... a militant atheist

I don't like the term "militant atheist". To me it's equivalent to "fanatical christians".
Now I don't like a lot of christians, but of course there are some that are nice and live a quiet and decent life, they believe in nonsense, but that just makes them nice plus ignorant.

A militant atheist to me conjures images of some person going around burning churches.
I don't think that is an image I want to portray as an atheist.

I think most atheists are peaceful and… Continue

The Greek philosopher Epicurus thought that we are afraid of death mainly because we fail to really grasp nonexistence. Creatures of consciousness, we can only picture it as "me-floating-in-darkness-forever." Is it really suprising that that horrific idea sends people racing to the kneelers to pray to someone who is said to have conquered it for us? Heck, if the darkness was really the thing, I'd be wearing out my own knees. But it isn't. The key, Epicurus says, is to really get that death is… Continue

Passage from the lecture "Why I am Not a Christian" by: Bertrand Russell... and Commentary by Skycomet.

I'm reading a library book from my school called "On Humanism." - By: Richard Norman. Yep... that's the type of atheist I am... I'm a secular humanist. I'm posting here a passage from the book based on a lecture by Bertrand Russell to a meeting if the National Secular Society in 1927. I found this passage SO empowering and such that I have made it my "mission statement" per say for myself. When I lost my faith, I suddenly felt alone and VERY afraid. I… Continue

Taken from the cowardly lion off The Wizard of Oz, I guess I am what you would call a free thinker/paranormal Atheist. I do believe we have a soul where most Atheists from what I know, do not believe that at all. Maybe because I have experienced more than my share of what you call "paranormal phenomena" but I do not believe in any god heads or gods of any kind. A god is just something made up..kinda like the tooth fairy... people have heard of it, but no one has ever really seen it. Most of… Continue

this makes me so happy :)

Hello to everyone, I'm new here and this is my first blog post so please bear with me.

About the title of this post, it's something that puzzles me, along with thousands of other things. Why do so called faithful "believers" in their particular religion get so upset and angry when you point out a flaw or make a negative remark about their particular deity? Take the news story from last year when a British teacher working in Sudan was put in jail for naming a teddy… Continue

Evolution of the God Concept

The pun in the title is intended. It is obvious to every well-read person that the concept of god is man-made. No hocus-pocus, no revelation, and no god. It is said that God created humankind after his image, but it is more likely that humankind created God after its image.

There is an interesting curve of the mentioned concept and I shall present it through the great philosophers in two millennia of dealing with God.

In an unprecedented effort to crack down on self-serving edits, the Wikipedia supreme court has banned contributions from all IP addresses owned or operated by the Church of Scientology and its associates.

Closing out the longest-running court case in Wikiland history, the site’s Arbitration Committee voted 10 to 0 (with one abstention) in favor of the move, which takes effect immediately.
Popular Whitepapers


The eighth most popular site on the web, Wikipedia… Continue

Why is homosexuality considered immoral?

You’ve heard it before, didn’t you? Homosexuality is considered immoral, awful and the biggest sin ever. All gay people are instantaneously condemned to hell. News of violence towards gays is seen every day and homophobia is almost a job description for some people. California prohibited future same-sex marriages and only nine countries on this planet allow them at all. And if that is not enough, we often hear that homosexuality is a disease…

I support gay people. Why would they be… Continue Then, my dad… Continue