A more current piece on/from Ken Hamm, directly from AiG.. should be good for a laugh.

Christian education is under attack in America as never before. Yesterday on this website, we …

I know this is a few years old.. but I just saw it today and figured I'd share it.. Don't think It'll be too surprising for any of us..

PETERSBURG, Kentucky (AFP) — For a group of paleontologists, a tour of the Creation Museum seemed like a great tongue-in-cheek way to cap off a serious conference.

So there I was, talking to and having my picture taken with a well-respected leader in my profession at the national conference last week.  She is getting up there in years now, and is a treasure to those of us who use the theories, research, and assessments she developed.

I was waiting to be a guinea pig for one of the tutorials they were putting on at the Expo, when I noticed the lady holding the Bible directly behind me.  She said, "Do you want a Bible?"  I said, "No, thank you.… 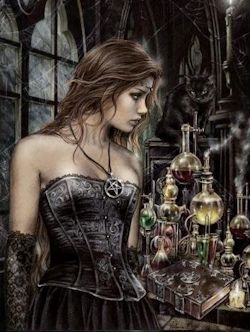 John was a geek. No one doubted that. He liked three things; math, physics, and math. He spent hours every day at his little desk, drawing circles and triangles and weirdly nested multi-faceted polyhedrons, and he played around with the associated mathematical formulae. He made pretty good money these days at least, even though almost no one was really sure what his job entailed.…

Religious freedom is being killed in Mississippi. It has been for a few years now. And Christian fundamentalism is the murderer.

who does the responsibility of proof fall to?

one big topic that comes up in theist vs atheist debates is who does the responsibility of proof fall to?

does it fall to the creationists to prove that god DOES exist?

does it fall upon those who do believe that god does NOT exist?

AND, can you give your reason(s) why?

I personally think that it is the creationists responsibility to prove god's existance BECAUSE: throughout the entire history of science, science has only ever proven the existance of…

Atheism requires a leap of faith?!?!

Some people believe that it requires some leap of faith to disbelieve god's existence. This is absolutely idiotic. Atheism is a lack of a belief in god. If you are religious, ask yourself: "Why do I believe in god?" Whether or not you claim to have evidence for your faith, the correct answer is because someone taught you about god. You did not know what god was until someone told you. Either you were taught, or you invented your own version of god, deluded yourself, and…

any free thinkers in milwaukee, wi?

would like to start conversation with mature atheists in milwaukee wi.  went to a local group meetup and heard  several nasty remarks from attendees evidntly trying to demonstrate their coolness /intelligence.   is this simply a lifestyle thing, or can i connect with people that have a really sincere interest in ethical stuff?

I'm new around here. This is my first blog post in effort to spark some interesting discussions. Depending on the feedback, I may write more! Let me know what you think.

I am having a bit of a struggle understanding what my approach should be when I am having debates with theists. On the one hand, I feel that proving whether or not there is a god is an impossible task. This would make me an atheist. On the other, I would like to use reason, understanding, and tangible evidence to…

(I apologize for the formatting on discussion 9, msword doesn't transfer over here very nicely!)

Discussion 9- What is religion?

1.       Explain the difference between agnosticism and atheism.

I have one religious friend.
That's a bad way to start a blog post, because as Kevin Hart once brilliantly said (albeit about black people):

He and I get along just fine, thank you very much. He knows I'm an atheist and doesn't bother me about it, and I know he's religious and I don't bother him…

There is a hero. Everyone loves him because he is charitable and people’s lives tend to flourish under his watchful eye. But there is a nemesis, a huge and hideous reptile, the largest ever seen, who rises slowly from beneath the Earth bringing death and darkness and fear in his wake. The hero goes down to meet the terrible creature and to do battle with him.…

I was a Sophomore in high school when I met Richard. He was quiet, introverted, and incredibly intriguing. A year my senior, we only had a few classes together. About five months after our introduction, he confessed to me he was homosexual. We weren't fast friends exactly, but we did feel a bond that kept us challenging each other and opening our hearts.

So I am shopping on the phone to find a local certified mechanic to install a new engine in my wife's truck.  It was recommended to call a specific mechanic shop about fifty miles away. After talking to the shop owner's wife for about ten minutes because he was tied up with customers she finally said something to the effect that "we don't like to take new customers as we stay busy with our existing clientele."  I commented I thought this was an odd business philosophy. She then proceeded to…

Isn't it funny how americans, especially of the christian sect, like to view all muslims as "islamic radicals"? in light of the recent events in Boston, of which i am whole-heartedly sympathetic toward (yet we ATHEISTS HAVE NO HEART NOR MORALS i am told), i am drawn back to this argument of which i have heard others in the major media outlets sometimes talk about.  When a christian, especially an american christian, thinks of a muslim, they USUALLY think of them as an islamic radical who…

Apparently folks in the Christian Quiverfull movement are being targeted with another message that conveniently increases the size of the flock: there is a global orphan crisis--163 million children in the Third World in need. The actual statistic is 17 million orphaned children, many of whom live with other family members. What does it mean for the people of Third World nations when hoards of well-intentioned American Christian families seek to rescue these non-existent orphans? A slew of…

Well, it's the second week in a row without a dismantling of Billy Graham's fragile claims. In my Sunday paper he tackled the hot button issue that everyone wants a answer to. Yes, he went big and answered the…

There are some meaningless things people just go along with. Let me point out something that should be rather obvious, but for some reason isn't.

It seems even atheists have a hard time grasping this. Bimbos in beauty pageants are trained to parrot it back whenever they're asked what they wish for. Ask any child, or naive adult, and you'll get the same wish of ending world hunger, world peace or some other inane nonsense like…