According to an eHarmony Advice article, surveys show 95% of people think infidelity is wrong; but 22%–25% of men and 11%–15% of women admit to having extramarital sex.

The article says there is no "ONE reason" that people cheat, and that there are many types of people that cheat; BUT that all cheaters "fall into the following"… Continue

Catholic Churches Charge 11¢ Each for Admission

In 2008 the reported number of claims against catholic priests for sexual abuse rose 16%, in the US. Found by a study commissioned by the US Conference of Catholic Bishops. The report found 803 new allegations in 2008, compared with 692 in 2007. For 2008 $436m was paid out for abuse cases in the US only; most of that amount was victim compensation.

There are around 75 million catholics… Continue

How to Spot Atheists and Report Them to the FBI

I found this article today and i couldn't believe what i was reading. At first i thought it was a joke, and i must admit i still think it is its so ridiculous i can't even put it into words. Thought i'd share it with you all so you can have a laugh.

"I don't know that Atheists should be considered as citizens, nor should they be considered patriots. This is one nation under God."
-President George Bush

The Heckler hits the mark in the Sydney Morning Hearald

Oh my God, atheists want to speak out

THESE days, holding an opinion or a belief is far from frowned upon. That is unless that belief is theism, or rather a lack thereof. I find so often, being an atheist, that you must tread carefully around any topic that incorporates some form of higher power so as to avoid offending anyone, yet religious groups are free to openly advertise and to criticise science.

The suppression of atheism… Continue

James Randi suspended from You Tube!!!

It has now suspended the James Randi Education Foundation!!! The link is below. If you would like to complain, you can do so in the description to the right of the video.

I heard this on NPR --> This blunt but rather pragmatic logic poses a real threat to those of us who decide for secular responsibility (e.g. not over populating). Currently a small movement, but as went the Shakers who would not breed so now comes the Quiverful who do nothing but.

This is the Truth; Accept it Already!

Ugh. This is what I have to wake up to... good times. I just thought I'd share it because, well... I may as well be a first-hand example of the futility of trying to communicate with Christians.

We have debated and discussed religion and politics intensley over the last several months. I think it has left us all angry, frusterated and emotionally at odds. The separation I feel between you and I is heartbreaking and very grievious to me and I have… Continue

The Texas Board of Education approved a science curriculum that opens the door for teachers and textbooks to raise doubts about evolution.

Critics of evolution said they were thrilled with Friday's move. "Texas has sent a clear message that evolution should be taught as a scientific theory open to critical scrutiny, not as a sacred dogma that can't be questioned," said Dr. John West, a senior fellow at the Discovery Institute, a… Continue

Today I introduce to you one of the most powerful
science presentations I have ever heard.

I listened to Hugh Ross give this presentation on a
tape while I was driving down Interstate 88 in Chicago
one night. As I listened, light bulbs were firing off
in my head all over the place.

Hundreds of Christians rallied outside a high school in Santa Rosa County, Fla., earlier this month to protest a court order ending the involvement of local school officials in prayers, proselytizing and a school-sponsored baccalaureate service.

Hello all, I just wanted to introduce myself, I just signed up on March 29 after finding ThinkAtheist through YouTube, I myself am a hardcore atheist, I believe in evolution, and am a huge fan of Richard Dawkins. Anyway, my name is Melody, and hope you'll visit my page! Talk to you later! 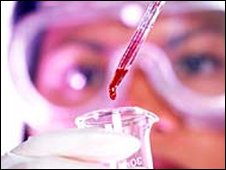 Holy books are not the source of morality — we are. - Atheists and their morals seem to be a topic that rotates in and out of the spot light constantly. Dan Florien over at Unreasonable Faith has a nice article refuting a… Continue

Where did the Universe Come From? Part 4

Where did the Universe Come From?

Part 4: "If you can read this sentence,
I can prove to you that God exists"

See this email I just sent you, that you're reading
right now? This email is proof of the existence of God.

Yeah, I know, that sounds crazy. But I'm not asking you
to believe anything just yet, until you see the evidence… Continue

I've been working on a speech for a public speaking competition at my school and while doing research, I came across a blog that was talking about how God's a murderer. [Link posted at the bottom of blog]

I'd already known this, but based on the estimated total, I was in shock.
Being a former Christian [Evangelical, Protestant], I'd been taught to abide by the 10 Commandments.
One being "Thou Shall Not Kill."

I know that it is on our money and other things in the nation but I have found some rather convincing evidence that states otherwise..."GOD" is relative.

The Founding Fathers were a group of well-educated men who led America in the early stages of her history.These men risked their lives for our freedom. This began with achieving independence of the thirteen colonies from England, and continued on with the formation of a government for the new… Continue

Hey yall,
Take a look at this letter I'm gonna send to my folks and bro (texan, christian, fundies) and let me know your suggestions, if it's any good and how you think it will be received. Thanks a lot for your help! Sorry for the length. I just needed to pre-empt all their arguments ahead of time.
thanks and cheers,
kat

I need to talk to you about something important. I wanted to tell you in writing because I felt it… Continue

Defamation of "Religion" is now a Human Rights Violation

A United Nations forum on Thursday passed a resolution condemning "defamation of religion" as a human rights violation, despite wide concerns that it could be used to justify curbs on free speech in Muslim countries.

The U.N. Human Rights Council adopted the non-binding text, proposed by Pakistan on behalf of Islamic states, with a vote of 23 states in favor and 11 against, with 13 abstentions.…

why i don't believe

I was recently accused of "not believing anything". I guess this accusation was accurate. here are my thoughts...


Belief in a religious context has been defined as “conviction of the truth of some statement or the reality of some being or phenomenon especially when based on examination of evidence. “ Webster recognizes “faith” as a synonym of belief for our purposes, about which Webster states “almost always implies certitude even where there is no evidence or proof . “ So… Continue