I was watching television the other day when my intelligence was once again assaulted by a vocal and unabashed member of the flat earth society. A Republican member of the Texas school board responsible or deciding that evolution should not be allowed in textbooks because it has “no scientific justification” and a concept espoused by those ”Godless left wingers“.

As a woman, as a mother and as a student surrounded by creative young men and women, I am often chastised by others for not being tolerant of religion.  I am told that being an Atheist requires just as much assumption as being religious and that in my dismissal of all faiths I am ignoring the good that religion brings into the world.

I do not believe that there is any good that religion, any religion, is doing in the world.

I think that every faith promotes ignorance,…

torture behind the walls,

and we can watch the soldiers get up in the

face of the young boys throwing

as if these rocks would penetrate their

flak vests, as if these rocks wouldn’t

bounce off their tanks

as they plow over the remaining Palestinian

homes, to make way for…

dismiss himself from the

prior to taking any responsibility

for sitting back while

all the lil’ catholic priests

scarring them in the name of the

it’s more important to the world…

The One That Got Away 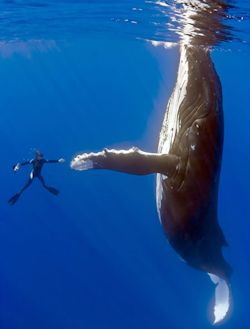 1:1 Once upon a time there was a Jewish guy named Jonah. The Lord talked Jonah. He said "Jonah, go over there to that extremely distant city of Nineveh. Let the Ninnies know that I have noticed their wickedness, even from way over here. I’m not blind. And I'm not just watching and judging…

A nice and unspected progress

Backstory: My girlfriend/fiancee is a christian, at the start of our relationship it clashed and we debated pretty often until a standstill was decided. She's not very religious or religious at all. And today or yesterday, she did and said a couple of things that made my day. Which are they?

First! She planned and executed a plan for us to hide from the religious study her mother is helding every friday night. It worked.

Second! Religion came up, at some point i quoted from… A member of the Louisiana House of Representatives who eagerly supported Gov. Bobby Jindal’s plan to fund private schools…

I have to find brand new friends because the old ones were a disappointment. I hate having to do this. I'm an introvert, and it's not easy for me to crawl out of my shell. All I want is a small group of people to be consistently decent. It shouldn't be hard. Yet, it is.

If you ask me what happened with my old friends, I will tell you, but it is a long and possibly scandalous story.

I suppose it was only a matter of time before God dropped the dating ball and allowed one of it's devotees to fall victim to another one of it's devotees. ChristianMingle's  omnipotent, omniscient gawd seems to be suffering from a lapse of attention to matters here… NBC and other networks seem to be afraid of Islam.

The "DJesus Uncrossed" skit on Saturday Night Live was a parody that depicted the Christian savior as one of Quentin Tarantino's latest blood and guts shoot um up stars. It definitely garnered a response from the 'holier than thou's' who didn't appreciate the humor. I wonder why the major networks lack the balls to mock the other religion's holy figures? Is the fallout really going to be any more elevated? It would be nice to see these broadcasting companies paint ALL the religions in a…

From a "Jesus Person" to a Real Person

"You will recognize your own path when you come upon it, because you will suddenly have all the energy and imagination you will ever need."- Jerry Gillies.

I’ve been a lifetime seeker. Its been a long road with a lot of detours, but I feel like I have finally found my…

Reading about the Pistorius shooting.

I cant help but marvel at the fact that someone would get involved with another person who keeps loaded firearms stashed around their home. And sleeps with one by their bed.

Someone that obsessed by their fear should tip one off that something is wrong.

Gun violence studies claim that a person is more likely to get shot by a family member than a stranger.

This case would appear to strengthen that claim.

It's been awhile since I've had any pause to write anything and it feels good to be able to get a few things off my chest, even if it’s mundane. Because of this time laps in writing I fear this may become long and winded, forgive me in advance. There’s just too much to say for me to wrap in up into a smaller package that’s easier to read. I am no blogger, but I have a lot to say.

Tune in to Skeptically Yours tonight at 8pm PST!

Join us again for Skeptically Yours at our NEW TIME, MONDAYS at 8PM PST!

Does anyone know if there are any Al-Anon meetings for an Atheist? Or at least an alternative to Al-Anon? I really want/need help and i dont know where to turn to. I am in the Orange County, Ca area