The Moral Life of Babies


The Moral Life of Babies 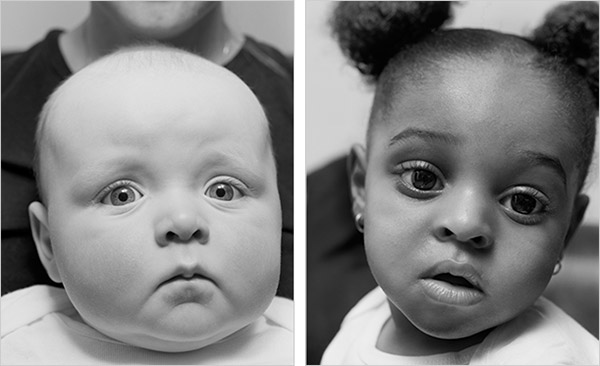 This incident occurred in one of several psychology studies that I have been involved with at the Infant Cognition Center at Yale University in collaboration with my colleague (and wife), Karen Wynn, who runs the lab, and a graduate student, Kiley Hamlin, who is the lead author of the studies. We are one of a handful of research teams around the world exploring the moral life of babies.

Like many scientists and humanists, I have long been fascinated by the capacities and inclinations of babies and children. The mental life of young humans not only is an interesting topic in its own right; it also raises — and can help answer — fundamental questions of philosophy and psychology, including how biological evolution and cultural experience conspire to shape human nature. In graduate school, I studied early language development and later moved on to fairly traditional topics in cognitive development, like how we come to understand the minds of other people — what they know, want and experience.

But the current work I’m involved in, on baby morality, might seem like a perverse and misguided next step. Why would anyone even entertain the thought of babies as moral beings? From Sigmund Freud to Jean Piaget to Lawrence Kohlberg, psychologists have long argued that we begin life as amoral animals. One important task of society, particularly of parents, is to turn babies into civilized beings — social creatures who can experience empathy, guilt and shame; who can override selfish impulses in the name of higher principles; and who will respond with outrage to unfairness and injustice. Many parents and educators would endorse a view of infants and toddlers close to that of a recent Onion headline: “New Study Reveals Most Children Unrepentant Sociopaths.” If children enter the world already equipped with moral notions, why is it that we have to work so hard to humanize them?

A growing body of evidence, though, suggests that humans do have a rudimentary moral sense from the very start of life. With the help of well-designed experiments, you can see glimmers of moral thought, moral judgment and moral feeling even in the first year of life. Some sense of good and evil seems to be bred in the bone. Which is not to say that parents are wrong to concern themselves with moral development or that their interactions with their children are a waste of time. Socialization is critically important. But this is not because babies and young children lack a sense of right and wrong; it’s because the sense of right and wrong that they naturally possess diverges in important ways from what we adults would want it to be.

Smart Babies
Babies seem spastic in their actions, undisciplined in their attention. In 1762, Jean-Jacques Rousseau called the baby “a perfect idiot,” and in 1890 William James famously described a baby’s mental life as “one great blooming, buzzing confusion.” A sympathetic parent might see the spark of consciousness in a baby’s large eyes and eagerly accept the popular claim that babies are wonderful learners, but it is hard to avoid the impression that they begin as ignorant as bread loaves. Many developmental psychologists will tell you that the ignorance of human babies extends well into childhood. For many years the conventional view was that young humans take a surprisingly long time to learn basic facts about the physical world (like that objects continue to exist once they are out of sight) and basic facts about people (like that they have beliefs and desires and goals) — let alone how long it takes them to learn about morality.

I am admittedly biased, but I think one of the great discoveries in modern psychology is that this view of babies is mistaken.

Paul Bloom is a professor of psychology at Yale. His new book, “How Pleasure Works,” will be published next month.

Permalink Reply by Ava Wilson on September 29, 2010 at 1:07am
How can someone imply that babies are moral beings? Try this on for size:

An Evangelical Christian actually argued to me that people are born in sin, which means that babies are sinners, and that they know right from wrong when they're born. Being a mother of a fifteen month old, what she was telling me was that my child knew right from wrong and was a moral being, and therefore in her belief, if somebody murdered my daughter, she would go to hell because (as everyone knows) toddlers test our ideas of right and wrong by trying the wrong. . . over and over and over again, to see what will happen. For my daughter, that may be smacking the dogs or not listening to me when I tell her to get up and come with me, or what have you (so according to her, my daughter violates a commandment by not obeying me-- she's only a year old!). I was pretty infuriated at the ignorance. I know for a fact my daughter has no solid concept of right and wrong, nor do I think ANY child under a year and a half does, because they're still in the process of testing it to see which is which. They're just plain curious and are acting on that instinct.

As far as the puppet test? I would take the treat from the 'naughty' puppet to. Not because it was bad, but because its action stuck out more to me. I wouldn't be able to, as a baby, say 'That's wrong!'. . . but I know it strikes me as an odd behavior, and would stick out in my subconscious if I had to choose to take a candy from one of them. To assume that means the baby is punishing the puppet is sort of a fallacy on their part in my eyes. As for smacking the puppet? My daughter smacks people and dogs and objects all the time regardless of their behavior. Sometimes she'll sit and whack on my dog's back for over ten minutes straight on and off. It doesn't mean the dog did anything bad or that my daughter is trying to punish him, she's just being a baby and testing her limits. One year olds hit things. Period. That's how it is. To infer anything more from it such as them 'punishing' something is ludicrous.