Sharia law to be adopted into UK legal system for first time! Seriously!

Sharia principles are to become enshrined in the UK legal system for the first time, with The Law Society publishing guidelines for drawing up documents according to Islamic rules, which would exclude non-believers and encroach on women’s rights.

The new guidelines were produced by The Law Society earlier this month. Under the guidance, High Street solicitors will be able to write Islamic wills which will have the power to exclude non-believers completely and deny women an equal share of an inheritance.

“The male heirs in most cases receive double the amount inherited by a female heir of the same class. Non-Muslims may not inherit at all, and only Muslim marriages are recognized,” states the document.

Any children who have been born outside of marriage and even kids who have been adopted will also not be recognized as legitimate heirs.

It also advises lawyers to draft special exclusions from the Wills Act 1837, which would allow gifts or money to pass to the children of an heir who has died, as this practice isn’t recognized in Islamic law.

Sharia law only recognizes Muslim weddings, so anyone who was married in a Christian church or in a civil ceremony would also be excluded from succession.

It is totally undesirable development. Instead of going forward they are marchin backward.

I fhink I have posted a discussion based on this topic yesterday. It is a frightening thing what they have done , since at the moment it focuses on marriage  and inheritance,  with gender segregation and people who not participate in thier beliefs, would have detrimental effect for those who were brought up in religious indoctrination and left, so gives these families right to impose issues as punishment on them.

would a british court find him guilty ?

Yep here is a link http://answering-islam.org/Sharia/fem_circumcision.html

I myself had been born intersexed, and because of religious beliefs my parents chose a gender for me...I think it is the same as with Islam, if I had been born in a country with Sharia Law.

Forced surgery on intersexed people, people fail to take note of or hear the suffering and anguish of intersexed people , it is the same as genetile mutilation, in fact more serious and distressing.

Here's also the Shia version of Sharia law... Not that different from the Sunni one..

I hope they won't adopt it in Iraq.. 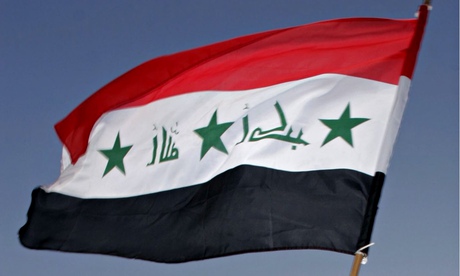 Not flying the flag for equality: Ja’fari law is 'in breach of Iraqi laws, international agreements and UN conventions'. Photograph: Bill Pugliano/Getty Images

If you think the Iraqi government has reached its limit in violating women's rights, think again. On 25 February, the Iraqi council of ministers approved a new personal status law called Ja'fari law, named after the sixth Shi'ite imam Ja'afar al-Sadiq, who founded his own school of jurisprudence (Shi'ite). It was submitted to parliament for a vote. The draft was put forward by the justice minister Hassan al-Shimari, a member of the Shi'ite Islamist Fadhila (Virtue) party to deal with issues of marriage, divorce, inheritance and adoption.

The current law, No 188, was issued in 1959 and is considered to be the most protective of women's rights in the Arab countries. It stipulates the following: the legal age of marriage for both men and women is 18; polygamy is prohibited and taking a second wife is extremely restricted; a Muslim male is allowed to marry a non-Muslim female without conditions or restrictions; and a woman can disobey her husband if he behaves tyrannically and harms her by failing to provide adequate housing or care should she fall ill.

Now, let us read a few articles of the new bill. Article 16 sets the legal age of marriage for females as nine and males as 15, although it could be even lower with the consent of a guardian, father or a grandfather. Article 104 permits unconditional polygamy. Article 101 says men have the right to "enjoy" sex with their wives any time they want, and wives cannot leave their marital home without their husband's permission. Article 126 says husbands are not required to pay financial support (nafaqah) when their wife is either a minor or a senior and hence unable to sexually satisfy them. Article 63 prevents Muslim males from permanently marrying non-Muslim females, which means a Shi'ite Muslim male is allowed to marry non-Muslim females temporarily in what is called mut'a marriage. Mut'a is when a man who wants to have sex with a woman "marries" her in the presence of a religious figure, who acts as a mut'a broker. The man will specify how long the marriage will last, ranging from a few hours to many years. A small mehr (dowry) will then be paid to the woman. Such marriages have no protection or guarantees for women and/or their offspring in Iraq. Only a man has the right to renew it when it expires – for another mehr – or to terminate it early. Temporary marriage and unregistered marriages in civil courts were prohibited before 2003 but are on the increase among widows and poor women since then.

Now I realize there is a lot to be commented on in this article... But the thing that caught my eyes was the justification of prostitution, which is supposedly ethically looked down upon in our society.

How is article 126 different from paying a visit to the Red District? It's the same concept of sex for money, except for the fact that the lady is supposed to be your wife.How is article 63 different from 'no strings attached' relationships? It's physical pleasure without commitment! These people are so hypocritical, it is driving me crazy.

Their sexual oppression will forever fog up their reason. When will their penises stop contradicting their so called 'morals'?

Whatever one thinks of attitudes in the US toward minorities, the UK exhibits a particular kind of wackiness when it comes dealing with minorities. I sometimes think the UK, while thinking itself ueber-liberal, is really on some sort of guilt trip over its racial minorities. Guilt over its excesses during its imperialistic period?

A society is entitled to set SOME basic rules on a "like it or leave it" basis.

I agree with you,, besides that UK don't know that any muslim who believes in Sharia law is actually a muslim extremist.. Moderate muslims and secular muslims stand against Sharia law..

In the US, little quarter is given to religious extremes even despite our protections under Freedom of Religion (1st Amendment of the Bill of Rights). You can exercise religious beliefs as long as they comport with local laws that are reasonable and not intended to be oppressive. Children get added (if not total) protection from dangerous religious practices. For example, many families who want to let prayer suffice as treatment for serious illnesses often have their children taken away or put under the care of medical professionals over parental objections.

Pure bollocks!  Nothing about UK law is changing in the slightest towards Sharia.  Private contracts, such as wills, have always specified the interests of the controlling parties.  For centuries, land was passed to the oldest son and daughters got their titles from their husbands.  In modern times, people have made specifications as bizarre as leaving their entire estate to a cat.

If a Muslim needs a contract to be written a certain way to conform with his/her beliefs, a lawyer can make money by knowing how to do so - hence the guidelines.  Nothing in British law, however, obligates or excludes anyone from participating in such a contract based on their religion.