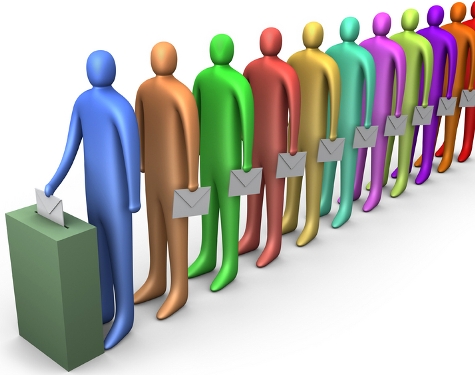 Unseen and I have chatted with one another about having a poll-feature on thinkatheist (Unseen's idea actually). I think it's a really great idea. I'd love to know, on a basic straw poll, who believes that free-will is impossible or an illusion, who believes that it is mainstream Islam in the Middle East is "extremist" and who thinks Christmas shouldn't be a public holiday in America.

I don't know much myself about implementing features on a site but I'm sure some of you and Umar do. It would be great to have polling on some questions...the only thing I think though...is we would have to be careful not to let it become polling for silly or petty things...and take polling so seriously that each other's opinions are just as important as sharing reasoned arguments. Perhaps even make one poll each week a standard feature.

What do you all think?

Obviously, I think it would be interesting to have polls. My original idea (tongue in cheek) was to have a poll on whether to keep a particularly annoying member on TA or give him/her the boot. I take it that's not the sort of poll you'd favor. LOL

Hmmm.... institute the ancient Athenian custom of Ostracism?   (The person getting the most votes for ostracism was banished for a ten year term, it was often the recent hero of some war, perhaps because he had been made "tyrant" temporarily.)

Permalink Reply by Strega on November 8, 2015 at 1:38pm
Often it's the annoying members that spark beautiful posts in response. We aren't trigger happy on TA :)

My main reservation about such a feature is that without careful phrasing a question can be either misleading or "force" the responder to choose a false dilemma if they want to answer as opposed to ignore it.

For example:  "Should Christmas be a public holiday?  Yes  No"  Maybe someone thinks it ought to be kept but under a more religion neutral name.  How should he answer?  Literally, no, "Christmas" should not be a public holiday, but maybe yes, December 25th should be, so how literal minded is your responder?  Maybe they just won't answer.  Maybe they'll just guess which option will be more popular and go with the flow.  If there's an option labeled "it's complicated" on a poll question, and discussion below enabled only for those who pick "It's complicated" it could be interesting.

Also, I've seen poll features that did not keep who voted for an option secret, but in a way that wasn't all that obvious. You could hover over an option "radio button" to see who had voted for it.  That may or may not be a good thing, but it should be made clear from the outset which is the case.  ("Radio button"...how many people actually remember those?)

Maybe a proposal period where the wording of the poll is discussed first would be a good idea.

I would hope any polling feature would prevent voting more than once.

I really distrust most polls, especially the ones that claim to be scientific. I know that Pew is putting out numbers that are encouraging to us, but I have no idea if they even guard against the common phenomenon of people claiming to be "non religious" who turn out to be non-church-going Xians.

Permalink Reply by Strega on November 8, 2015 at 1:41pm
That was one of my all time favorite TV shows, Steve. Have you read the books? They're magnificent once you've seen the characters in action. Reading one of Sir Humphrey's rants is sheer delight.

There are two Yes, Minister diaries and one Yes, Prime Minister diary. Within the texts you also get a very good understanding of the way the UK political system is meant to work.

To be honest, Strega, I spotted that video on another site I visited mere minutes after I wrote my first replies here.  I knew nothing about the show.  In fact it took me a few minutes to realise (see there, I spelled it your way just to be hospitable) "National Service" and "National Health Service" aren't the same thing.

Permalink Reply by Strega on November 8, 2015 at 2:24pm
Ha! Almost the opposite of each other, really. Steve, get the shows downloaded - stick it on your bucket list. I think you will get a huge kick out of them. Yes, Minister. You'll thank me :)