(PhysOrg.com) -- A new study from the UK suggests that women who drink coffee may perform better in stressful situations than those on decaffeinated beverages. For men, it's the opposite.

The caffeine in coffee is known to fight drowsiness and act as a stimulant, and previous research has suggested it might also protect against liver damage, diabetes, Alzheimer’s and inflammatory conditions such as gout.

Psychologist Dr Lindsay St Claire and colleagues from Bristol University decided to find out the effects of caffeinated coffee in high stress situations such as in the work place. They divided 64 coffee-drinking volunteers into pairs of the same-sex and similar ages. They then gave them a number of tasks to complete such as memory tests, puzzles, and negotiating tasks. To increase the pressure they told the pairs they would be making a public presentation on their results.

The pairs were then given decaffeinated coffee to drink, but half of them had caffeine added to their drinks. Their performance was then monitored throughout the experiments.

The aims of the experiments were to see if caffeine consumption could contribute to the experience of stress and affect performance. Since men and women are known to cope with stress differently, and this is thought to be because men tend toward a “fight or flight” response and women prefer a "tend or befriend" response, the experiment also aimed to explore women’s coping to see if this is a valid theory.

The researchers pointed out that many high-level meetings are male-dominated and concluded that unlimited supplies of coffee at such meetings might not be a good idea, at least for the men attending them. They said men might even “unintentionally sabotage the partnerships forged to solve stressful issues.” 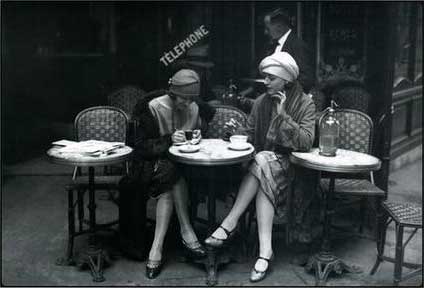 The current research on the effects of caffeine is one of several studies being carried out by Dr St Claire and her colleagues, who are looking at the effects of stress on people as individuals, in pairs and in groups. The first two studies indicated men were more vulnerable to stress than women, but men fared better in groups, even though there was a net benefit to women of working in teams. Men who consumed caffeinated coffee tended to perform better alone than in teams.