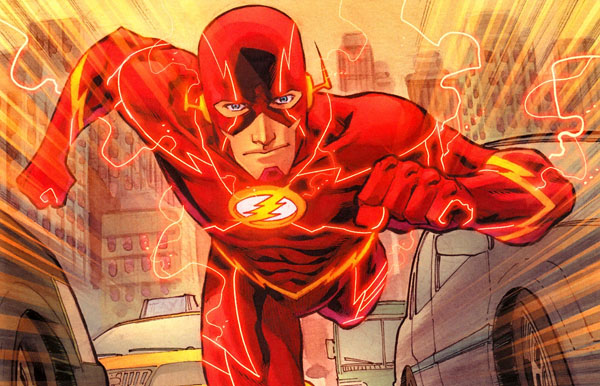 So, they possess zero degrees of belief in God.

Lack of belief in God, is atheism.

I think this is flat out wrong.  Surely the definition of a theist or religious person is that they possess a large degree of belief in the existence of God (some kind of whatever, the creator of the universe).  They do think that God probably exists, therefore they don't possess zero degrees of belief in God.  @Jordan, if you disagree with me, I need you to state your case in a new and informative way and not just re-state the original premises (in caps or whatever).

Permalink Reply by ProgrammingGodJordan on January 15, 2017 at 7:18pm
@SIMON PAYNTON

So, they possess 0 degrees (both non absolute, and absolute) in God.
Therefore atheistic.

You've just re-stated your original argument word for word, without addressing my points explicitly.  (I heard you the first 5 times.)  What's new?

"So, they possess 0 degrees (both non absolute, and absolute) in God."

- I would guess that the average believer possesses 50-100% belief in God.

If wishes were true and hippos had wings they could fly too.

Most theists will say that “they know” that their god exists. They will offer evidence to support this but not realise that this “evidence” is nothing but subjective opinion based upon weak argument.

Many will say that they are 100% sure He exists and those that don’t will say they are “certain enough” that he does because their faith has convinced them of its truth.

Of course this is nothing but self-delusion. They consider the question to be a 50/50 probability. He exists or He does not like the piss poor Pascal’s Wager argument that they still use.

The best way to de-convert a theist is to get them to introduce some doubt into their own minds. A little seed of doubt moves them closer to a position of atheism than to one of theism. If it can be nurtured by allowing some critical thought skills to develop and by getting them to see the difference between “evidence vs argument”, then they are well on the way to atheism.

It is said that it takes 3 weeks to adopt a good habit (unless you are a nun!!) and I suppose it takes 3 weeks to break a bad one. In my experience it does take that long but sometimes it has being almost immediate as they were already in the fog of confusion without knowing they were. Sometimes just one word clears that fog away and they see the delusion there and then.

I think you may be overlooking the point (imo) that you cannot initially use logic to de-convert someone. That comes later. Nobody ever found their god by opening logic gateways. They never reasoned themselves into their beliefs. They were persuaded by others and adopted those beliefs on faith. We cannot persuade them otherwise. We can only nourish their doubts but they must reason themselves out of their own cave. When they “see the light”, the reward is all theirs because they have taken the risk that there may be something to their doubt and are brave enough to jump in and think atheist long enough to remain outside the cave.

Reg, I wonder about those 3 weeks. Woo?  :-)  I suppose that doesn't include addictions.  It can take years to beat cigarette addiction, as well as some drugs and alcohol.  Building a good habit?  I don't know about that either, but I don't have examples.  Boot camp was 6 weeks, but that is more than just building one habit.  Hmmm. Maybe the gods of the internet have an answer...

I think you are right, deconversion is too multifaceted for reason.  There is emotion, and the always-present amygdala.  Also a lot of psychosocial habituation.

I agree Daniel. I did start the sentence with “It is said…” but it is good to see the fact checking going on.

I stopped smoking and I found it easy. I never will smoke again. I had no withdrawals or cravings. That may be “woo information” put out by Big Tobacco. That would be an interesting study. Though I do have a friend who said it is so easy to stop smoking that he has done it a thousand times!

The secret…..quitting has nothing to do with willpower. Nothing is sacrificed but plenty is gained. PS....weight is only gained if you substitute something for cigarettes but why do that?

Permalink Reply by ProgrammingGodJordan on January 15, 2017 at 7:22pm Your comments are far too long.

Furthermore, I **quickly** APPEAL to theistic NON-OMNISCIENCE.
This probably casts LARGE DOUBT, as they now remember that:

(3) They don't want to probably believe that God exists.

So, they possess 0 degrees (both non absolute, and absolute) in God.
Therefore atheistic.

It may be too long for you to read but I can even read big books and not just a blog posting that takes more than 90 seconds. Your method may work in your version of logic. It is not how it works on the street. It is not a matter of logic to most theists so arguing about “absolute awareness” will mean nothing to them. Much of their faith is based upon an historic and emotional platform. Logical argument will not appeal to them immediately.

Many people believe in god without subjecting their faith to too much scrutiny. Many people never see the need to do such.. So they do not “WANT TO "absolutely" believe in God's existence”. It appears self-evident to them. I see it as an assumption on their behalf but to them it makes perfect logical sense.

How many have you de-converted with your approach?

BTW, it would probably have taken less time to read my post than to meme-generate the picture and repeat what you already have said.

Permalink Reply by Simon Mathews on January 15, 2017 at 11:51am
How many people, to the nearest round number, have you successfully converted via this method?

Here is the basic idea of my approach that I have adapted over time (more than 3 weeks ago!!). I seldom get confrontational with people who are asking genuine questions. I tend to keep it as Socratic as possible, asking them to continually explain “but what does that mean” or “how sure are you” etc. until a point of clarity is reached. I keep them focused on the nature of their belief and I am very careful not to get overly engaged in debating Science.

For example, a common thing to happen when I ask them to explain what they mean by “God” or how they understand Creation to have happened, is for them to ask me what I think or tell me that they don’t agree with (say) Evolution or the Big Bang. I will not give them a free science lecture. I keep bringing it back into trying to get an explanation of what they believe and to keep breaking that down.

It always depends on the age of the person and how much time and energy they have invested in their faith. I debate with J.W.’s and the ringleader likes to bring some young “recruits” to my house to show them what a “real live atheist” looks like. If I can get them to keep explaining what they want me to believe in very simple terms, they sometimes hear the delusional nature of the words themselves and I can see that I have gotten through to them.

One of them: “God has told us to spread His word and we do so because we want to save you from eternal damnation”

I will keep breaking that down…..eventually…….

Me: “So what you are saying is that The Creator of the Universe has personally asked you to call to my house this morning because you are worried that I will burn in a fire for over 200 billion years? Is that right or have I missed something?”

This will then cause them to question what I have said. They have great difficulty wriggling out of it because that is basically what they have told me, only without ever really questioning it in those terms.

Ok, that is a very much generalized example but hopefully it makes the point. It is more involved than that. This is because the debate always gets to a point where they are on the defensive because of the emotional attachment they have to their beliefs. Once we get over that hurdle and they see that I have not grown horns out of my head they tend to be more attentive. Then I can start to engage them in a more logical debate and this is where “Doubt” comes into play. They can reject my arguments because of the emotional upheaval they sense coming but a well-made logical argument, once it sticks, tends to become a voice in your mind you cannot but not listen to because you “feel in your gut” that it has a ring of truth to it.

I would have refined my debating style over the years. I have been “doing this” for over 30 years. However, while my approach and arguments are well organised, I don’t think any 2 scenarios were the same as no two people are.

The J.W. ringleader is annoyed with me (to a point) because I have taken about 6 members from him. He just says that they were never “real Christians”. I have helped to “de-convert” several Catholics…that’s easy. I have saved a few Mormons as they are always polite enough to hear me out! I have been actively doing this for over 10 years on an almost full time basis. If I did not have to work I would do it all the time. So I can’t give a precise number but it is in the hundreds if I include the Catholics, including a priest or two.

You've been doing that for over 30 years?  I didn't think you even looked 30.

You have a lot more patience than I do.  But then, the only calls I get are Democrats who want to scare me into giving them more money.  These days I ask them how did scaring people into giving them more money, work out for them last time?  Then I ask why they don't listen working people and old people, who they lost this time around, and when will they stop acting so elitist and...  at which point they seem to  hang up on me.

If they were never real Christians, aren't you doing Mr. JW a favor by removing the traitors from his midst?

One concern I have with street epistemology is I worry it might leave a void, pulling the rug out from under people, as it were.  But if they are trying to convert me, it's completely fair to respond.  The only time anything has come close to that was this June in DC at the Reason Rally.  There were christian creeps trolling for people to argue with.  Each time one of them approached me, thinking I was a dupe they could argue with, I just responded to with "Stay away from me with your Christian lies."  Maybe not effective at deconverting, but it only took a couple of repeats each time for them to go away.