Woe to the World 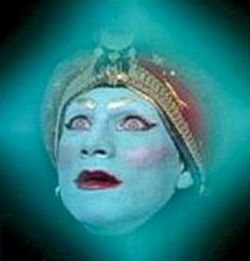 1:1 The hallucinations of Isaiah, the son of Amoz, which he saw concerning Judah and Jerusalem back in the days of Uzziah and a bunch of other kings.

1:2 Ok listen up. God says he has taken good care of you up until now but you are all a bunch of ingrates and worthless trouble makers. Basically your ass is grass and God is a lawn mower.

1: 3 Even an ox knows who his owner is, as do donkeys and other animals kept and used for heavy labor. You people should know by now that God is your master and you are like his dumb beasts of burden. Why do you doubt it? Why do you doubt his very existence? You are only making him more angry than usual. Bad move.

1:14 God said “I’m tired of you routinely killing animals for me on a regular schedule and then going off to sin and ignore me the rest of the time. I hate that. I’m going to quit listening to your prayers. That will teach you. I won’t even look at you anymore.” 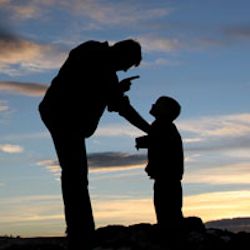 1:18 God continued to ramble but briefly softened his tone. “Let’s make a deal. Come on now, let’s both be reasonable. You are the guilty ones, with guilt as red as blood. But I’ll make you as white as snow if you bow down and worship me and glorify me and do everything I tell you to do. Maybe not quite as white as snow, more like wool, some really white wool.”

28:1 Woe to the alcoholic priests of Ephraim. Woe to the city of Jerusalem. Woe to all those rebellious youngsters who won't even listen to me. They should have listened. They will be sorry. The Lord will visit them and that always means bad news. Woe to those who fled to Egypt seeking a better life.

34:1 Listen up everybody for God is angry with all the nations of the world. Oh boy is he ever angry. The mountains are going to be melted by the stinking blood of the nations. All of the heavens will be closed up like a book. The sword of the Lord is filled with blood. It will be the Lord's special day and the land will turn into burning pitch. The barren waste will burn and be all smoky forever. Thorns will overgrow the palaces and scary dragons and a bunch of hooty owls will live there. The place will be the home of vultures and strange monsters of the night. The desert on the other hand will be a rather nice place with beautiful roses and no lions. There the blind will see and the deaf will hear. The lame will leap and the dumb will sing.

36:1 Ok so as you all know, the Assyrians came and conquered Judah. They kicked our asses and I mean solid. That great big Assyrian army came all the way to Jerusalem and surrounded the city with men and horses and siege equipment. The Assyrian army spokesperson offered a settlement to the king of the Judeans but he refused it. The Assyrians said "We haven’t come all this way and surrounded you just to watch you eat their own shit and drink their own piss. People of Jerusalem, don't listen to your idiot king. Other people’s gods have not saved them from us and your god will not save you either. Surrender and be saved." 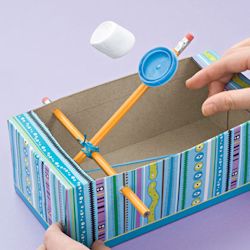 Under the king's orders the Jews didn't answer. But that’s not to say that the king wasn't thoroughly freaked out by the situation. He tore his clothes and eventually sought council from Isaiah. The prophet Isaiah said "Don't worry king, they will leave soon." Isaiah prayed and the Lord promised to protect Jerusalem. The Lord sent one of his more militant angels to the Assyrian camp to arbitrarily select and kill 185,000 of the troops. When they woke up they were dead. The Assyrian king called off the siege of the city. Yaay Isaiah. That was awesome.

38:1 King Hezekiah of Jerusalem was deathly sick and about to die. Isaiah came to him and said "You are deathly sick and about to die." But the king prayed and the Lord decided to let him live another 15 years. As proof of the awarded life extension the Lord performed the extreme and unnecessary trick of making a sundial's shadow moved backwards ten degrees. The king was very grateful and praised the Lord saying things like "The dead cannot praise God. Those in The Pit cannot hope for truth" and junk like that.

39:1 The king of Babylon sent men to Hezekiah with get-well letters and flowers and gifts and such. The Jewish king welcomed them and bragged by showing off his treasure room to them. When Isaiah heard about this he said "What the hell? Now the Babylonians will come and take all the treasure! Damn it! Just for this Hezekiah's sons will be castrated and made to serve the king in Babylon."

40:1 God says "Everybody can just chill." He means we can relax and be assured that his existence will soon be made evident. The nations of Earth are but a drop in the bucket to God. They are stupid and they mean nothing to him. God sits by the Earth and looks down on the people like they are mere bugs. They are like little grasshoppers to him. God never gets tired and there is no understanding him so don’t even ever bother trying. I mean it. Stop trying. That’s my job. 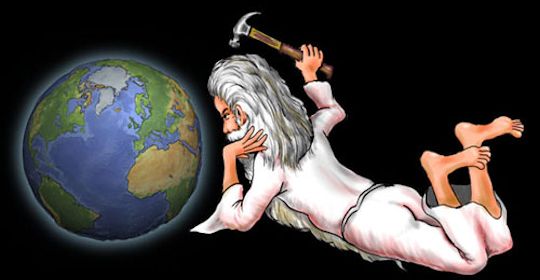 God is good for the Jews. He likes the Jews the best and will fix everything specifically for them. God has been making lots of comforting promises to the Jews. God assures the Jews that he is the only real god. Don't be fooled by cheap imitations. God is the only god of the Earth. Don't listen to those people to the east. Their cultural and religious ideas are invalid and in time they will be punished for not being Jews.

50:1 In frustration the Lord asked several strange rhetorical questions such as "Where are your mother's divorce papers? And to which of my creditors have I sold you? Has my hand grown shorter so that I cannot help you?" 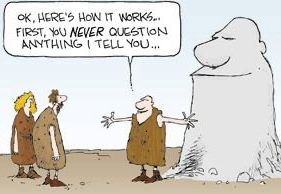 The Lord has made me a genius. Meanwhile all those people who disagree with me will be eaten up like the way old cloth is eaten by moths. Woot.

52:1 Wake up Jerusalem. God has good plans for your future. Who believes this report I’ve been hearing about God's helper? This helper guy is ugly and despised but he suffers for our sake. You see, we are kind of like a bunch of dumb ass sheep. So when God's helper guy shows up he will experience a lot of suffering on account of our stupidity. In fact, God actually enjoys bruising him and giving him grief. Someday however, he will get a big promotion and a bigger share when all the stuff of the world is divided up. That's only fair because he will have suffered thanks to our mistakes. Yaay helper guy.

54:5 God is sort of like Israel's husband and Israel is like God’s wife. He was mad at her because she is such a bitch sometimes. But just as God promised Noah no more floods, he now promises his wife there will be less hatred and abuse from him. God will give his wife lots of nice presents and also protect her from enemy weaponry and strategic invasions.

65:2 All day I reach out to these people that anger me by being different than the Jews. They have their own religion and they do disgusting things like eating barbequed pork and other foods that I hate. They are like smoke in my nose. God will kill them all. God will create a brand new heaven and a brand new Earth. No one will even remember the old Earth. The Jews are going to have a good time on the new Earth. The wolf and the lamb will be best friends and lions will eat straw and snakes will eat dirt. At last there will be no pain on God's mountain. 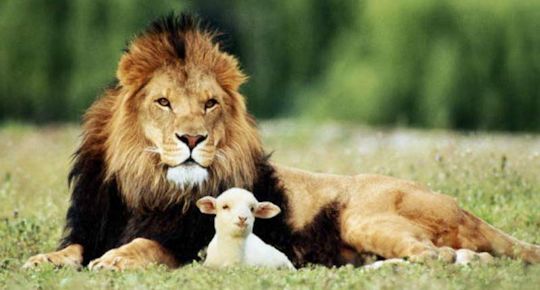 66:1 The Lord says that heaven is his throne and the Earth is just a footstool for resting his big feet. God made every freaking thing. Someday the Lord will come to Earth and he will be like fire. With fire and his big sword God will kill many people. Like it or not, all living things will be forced to bow down to God on his mountain. The corpses of the bad guys that God killed will be eaten by magical worms that never die. The corpses will also be burned and be hated. I’m so looking forward to that.

Next: Cry Baby Cry
The Bible According to Brad

did we just go from sex to violence?....This bible has been rated R by the Bible Writer's Association.