Not every whistle blower
gets the support he deserves.
"You do in fact lose a lot when you are very poor and often broke- people in particular."
by Dan Abshear
(henrymakow.com)
The main factor in my economic decline was blowing the whistle against Novartis eight years ago.  (Essentially, pharmaceudical companies bribe doctors to prescribe their drugs.) Not only did that end my high paying job with them as a rep, but no decent employer will hire me even now because I did blow the whistle.
No, I do not regret what I did.  I would most certainly do it again.  That lawsuit I filed is public record. I've applied for hundreds of jobs - jobs I'm most qualified to perform.  And no one replies.  The job I have now, setting up greeting card displays, they hired me out of desperation.  It's low paying and very physically demanding.
After whistle blowing, I was abandoned by my own family and friends back home in Missouri.  No one could comprehend why I did it.  All they know is that I intentionally lost a very good job.  My ex-wife said all this to me weeks after learning I would not receive a settlement for this lawsuit. She then used a phony "abuse" charge to jail and clean me out. They all treated me great when I was middle class, these family members and close friends.  Once I became unemployed, they disowned me.
I miss the lifestyle I once had with the money and all.  But I'm a better person I feel without that life.  A much better person.  So I'll likely never have that life again.  What I'd like is a book contract.  That would get me out of poverty.  Right now I'm about trying to survive and doing good for others in some way. And I'd like to find a girl possibly within normal limits, if such limits can be defined.
Since then, I've lived in VA homeless programs in three major cities.  Presently I live in Milwaukee Wisconsin.  Thanks to my present very low-paying part-time job, I have access to a low income housing program for veterans.  So I have my own apartment now.  Thankfully I'm no longer homeless.
A lover is why I moved here now.  She eventually left me for a man who could better provide for her.  The lover I had after her was a black girl who also left me for a man who could better provide for her.  You do in fact lose a lot when you are very poor and often broke- people in particular.
Any money I make now goes to my cost of living.  But things were not always this way with me.
RECALLING THE GOOD TIMES?
When I was a pharmaceutical rep, I wore thousand-dollar suits. I got company cars.  Often I'd take doctors out to very expensive steak dinners and things like that.  Limousines would pick me up at airports when I'd fly to meetings.  I've lost that life somewhat intentionally.  It is as if I've been teleported to this parallel universe where now I try to simply survive every day.  Yet, I'm much more awake in this universe.  I am very thankful for that.
At times I feel as if I'm living on borrowed time.  By some estimates I should be dead. Yet I continue to love and protect others.  That keeps me going- having others to sustain me in some way.  And I feel I sustain them one way or another.  They are beautiful souls these people.  We do not judge each other.
Severe parental alienation is also occurring.  I have a 16-year old daughter in Missouri who I've not see or spoken to in years.  I hand write her beautiful letters every week, and I mail these letters to her with beautiful cards to my ex in law's house, because I have no idea where my daughter lives now.  She does get these letters but she does not write me back or contact me.  This is a constant pain in my life. 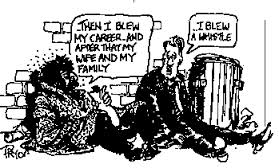 Often I go to food pantries so I can eat.  I do get food stamps, but I sell these to a friend for extra money so I can pay bills.  Also, I shovel snow in the winter so I can keep this apartment  I always try to make extra money.
SOUL TO THE FORE
There is no atrophy of my essence.  My soul remains on fire always.  If I do get knocked down, I always get back up.  I was recently beat up at a bus stop here in Milwaukee.  Considering the trauma I've experienced in my life, this beating did not phase me much.  My jaw was broken.  I never fell when I was hit a few times at this bus stop by a very large black man.
When I don't work, I normally go to this VA hospital to see friends and use their computer.  This is where I'm at now.  Near there is a coffee house for veterans.  I also go there to use their computer and see more friends.  You see, I really do not like being alone at all.
I have post traumatic stress disorder.  Among other symptoms, I often experience nightmares normally involving my ex wife and daughter.  People really need to explore intrinsic pain more then they do.  High anxiety complicates my situation by the way.  I'm never at peace.  And I never sleep well.
While I'm suicidal at times, I'm overall very optimistic with my life- this life of struggle and striving to survive.  This is for really two main reasons.  First one is I'm somehow very healthy physically.  When I work, I often lift and move thousands of pounds of equipment.  And I never sweat.  I have no pain and no fatigue.
At the age of 48, I could easily compete with any 20 year old at this time.  I often walk miles every day because I do not have a car.  Again no fatigue.  No pain.  My last physical revealed no issues physically whatsoever.  I'm very thankful for my present condition, but I'm very amazed I'm this healthy all things considered.
Second reason I remain optimistic is that I appear to be very likable.  You would think I'd be very angy and bitter considering all that has happened to me.  But I'm not at all.  My disposition remains pleasant.  I hit it off with strangers.  And I have solid relationships with friends in this city right now.
So try and remember this:   What does not kill you in life really does make you stronger.  Often much stronger.  I'm living proof of this.
-----
First Comment by BDM:
Thank you for another relevant and engaging essay.

Mr. Abshear's story had me nodding my head. My whistleblowing was not nearly as significant, nor were the results so drastic and immediate. However, my half-hour spent disclosing a corporate problem, an exercise that would be rewarded in a sane environment, brought me a reprimand, a demotion and years of poor reviews and declining responsibility--despite good work. I finally quit, but then was laid off from my new company. I soon found that corporations value youth over experience. However, as your author pointed out, silver linings sometimes appear. During six months of unemployment, I exercised more and wrote a novel. I eventually found part-time work for one-fifth of previous income.

Like Mr. Abshear, I have no regrets. Several others wanted to do what I did, but chose to cower. It became an education on how some "professionals" get by by being deceptive and petty. Mr. Abshear's  testimony encouraged me and I want to encourage him. I wish him well and I hope there is a book, or a financial break, in his future.

I truly dislike the way whistleblowers are treated. Telling harsh truths is something to be admired and venerated, but when it conflicts with money, we see the truth behind the others' smile.

I would like to help, but I am in no position to offer a bed.

My last ditch effort is leave the country. Go to SE Asia, Thailand or something similar, then teach English at the very minimum. Sounds better than near homeless and a shit job, but my plan is not his plan. Good luck, brother. Thank you for telling us the harsh truth.