We call on the Government and the Prime Minister to provide a national referendum on the planned abolition of the Human Rights Act. 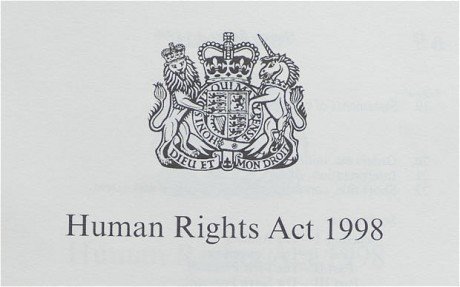 The scrapping of the Human Rights Act, though a pledge in the Tory manifesto is a measure few are aware of and even less understand the implications. The scrapping of the act is part of the prime minister’s plans for the first 100 days, when the Queen’s speech is delivered on 27 May.

The Human Rights Act reinforces the European Convention on Human Rights, which was signed in 1950 to prevent the horrors of the Second World War ever happening again. It prevents torture and slavery, ensures the right to a fair trial and enshrines free speech in British law.

- Here’s what will effectively be scrapped by the Tories:

These are the rights we all have and currently they are ours to protect or to give away. The Government believes that a majority of 12 seats, a 37 % share of the vote and with just 25 % of the electorate voting for the Conservatives, that this some how gives them a mandate to remove these fundamental rights that protect us all.

We disagree. With such an important change to our rights and our freedoms, this should be a matter decided by the people in a national referendum.

The question should request us to give our permission to the government, to abolish the act and remove these rights; it should also provide us the opportunity to vote on any proposed alternative.

To change the law in such a way that removes or alters our fundamental human rights can only be resolved by a national referendum. A referendum will provide national scrutiny and informed debate.

This Government believes that it has the right to amend, carve up, or remove your human rights. If they have their way, your human rights will no longer be absolute - they will be subject to stipulations and caveats, decided on your behalf.

- Sign so as to encourage national discussion on this issue and to provide us all with the right to decide.

I've taken a look further. Their plan is to somehow "pull out" of the EU human rights convention and the ability to appeal to the EU court of human rights. I honestly don't see how that could happen while being part of the EU. It seems like a great provocation per the UKs role in the EU.

This is the human rights encase you fail to see the big picture , and rather absorb the propaganda ...

If the conservatives remove these rights, that would make them do whatever they please

How would one scrap the "right to life?" What are the implications if this is not considered something inalienable for all human beings?

From what I know they are going to replace it with the same wording as the collective EU charter on rights. The reason they are doing this is, they want the UK supreme court to be the last word on  interpretation of the charter and not the EU court of human rights. They disagree with the interpretation in Strassbourg. It is all very stupid, an extreme conservative step and an anti-EU step as well. They will absolutely NOT be allowed to do whatever they want while in the EU. That is to say, if they do not include EVERY SINGLE one of those rights you just mentioned above Zana, the UK would be swiftly kicked out of the EU.

I'm not going to sign this particular petition because it doesn't address the real problem, which is transfering the final ruling from the EU to the UK which is one step further to leaving the EU. If the UK left the EU I wouldn't be able to use my UK passport (I got from my Father's side) and live or work wherever I liked in Europe.

While I am nervous about the wording of the new charter of human rights they will replace it with, it is preposterous Zana, to believe that they would not include free elections, the right to education or the end of the death penalty or any of the other rights you've mentioned.

There are human rights in the UK? Who knew?

BTW, this just reinforces my contention that there are only two kinds of rights: legislated and imaginary. Thank you for that affirmation. There is no such thing as human rights without a law and an agency to enforce it.

You're indicating that there will be no human rights when the law is repealed. There's your WTF.

Thank you for that affirmation. There is no such thing as human rights without a law and an agency to enforce it.

Yes. They should be agreed upon by consensus and upheld as best as possible. Lacking either ... they are hollow.