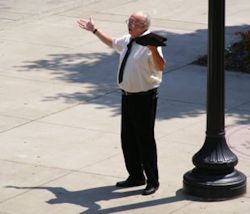 20:1 People hate me. They conspire against me. The governor of the church heard all of the slanderous crap I was saying about him and he had me arrested, beaten, and put in stocks by the gate. Bastard. When I was released I told him that the Babylonians would come and take him and everyone else at the church into slavery and that God will help them do it. God thinks of good and bad people like good or rotten figs. Save the good figs, and throw the bad figs away. The governor is a dirty rotten ugly bad fig.

26:20 One man was put to death for saying things like I have been saying. I was arrested but then later released. Then the Lord had me walk around town with a big wooden ox yoke on my neck to get attention and make a dramatic point. So I did that for a while. God said that the captivity in Babylon would eventually end so to demonstrate this another prophet took the yoke off my neck and broke it. But the Lord says although the wooden yoke was broken, it will eventually be replaced with a yoke of iron. I called the prophet who broke my yoke a liar and he suddenly died. Haha! Good times. 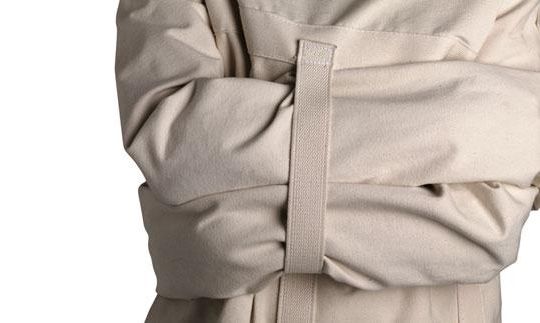 29:1 I sent a nice letter to the captive Jews in Babylon and told them to hang on to the old ways. Don't listen to all these newfangled false prophets and liars. Then God told me to write a book. Someday everything will be nice again and the people will rejoice forever. Yaay God.

32:7 While in prison I bought my cousin's field and I put the receipt in a clay jar. The Lord told me to keep the receipt because someday the Jews will return and the deed will be legal again. 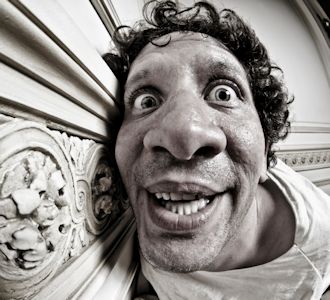 33:1 God talked to me a lot while I was in prison. Like, a lot. He frequently repeated the story of the Jewish captivity in Babylon. I love that story.

35:1 The Lord told me to take the Rechabite tribe to the church and give them wine but they refused the wine saying they never drink it. That was impressive so I told them all of Judah was doomed except for their non-drinking monk-like tribe of monkish non-drinker types.

36:1 God told me to write a book. I had my friend Baruch do the actual writing for me. Meanwhile I'm no longer allowed in the church after causing a big scene and badmouthing everyone in there. They all hate me. Bastards. So anyway, I sent Baruch to read my book to the church people. The book eventually was taken up to the king. After reading the first three or four pages the king threw the book in the fire. I think he hates me. Bastard. Being wintertime, the book at least made for some good fuel. The Lord had Baruch and I write another book and this time he promised severe penalties for that mean old ugly king.

37:1 Zedekiah became king and neither he nor anyone else listens to me. Nobody likes me. I continued to badmouth government officials in public and encouraged people to be traitors and defect to the Chaldean army which surrounded the city. The Egyptian army came by and the Chaldeans strategically withdrew. I warned everyone that eventually the Egyptians would leave and the Chaldeans would come back to burn the city down. I warned them I did. I even tried to make a run for it but they stopped me at the gate and accused me of trying to go to the Chaldeans just because I had often encouraged others to do that. I mean, come on. Just because I encourage others to defect doesn't mean I was about to do it just then. I denied being a traitor but they threw me in prison again anyway. Bastards. 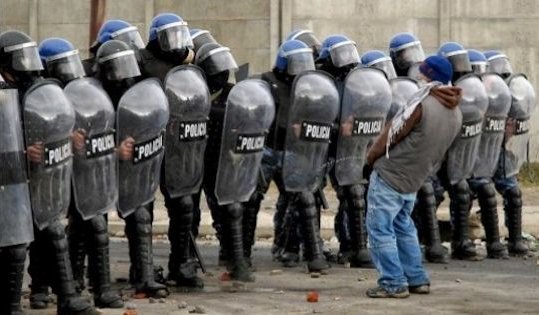 The king came by the prison one day and asked me about God in private. I told the king he should let me out of prison. He left me rotting in prison but he promised me bread as long as supplies last.

My non-stop treasonous outbursts nearly earned me a death sentence. They eventually put me in a pit of deep mud down in the dungeon with no food at all. Some concerned citizens told the king I was starving and I was rescued and returned to regular prison again. The king promised I wouldn't be killed though, so that was nice of him. I remained in prison until the city fell and was taken over by the Chaldeans.

39:6 The Chaldeans killed all the nobility except King Zedekiah who was blinded and taken to Babylon along with all of Judah's upper-class families and people of power. Jerusalem was then burned and all the walls torn down. I was released from prison and finally allowed to go home. Sweet. 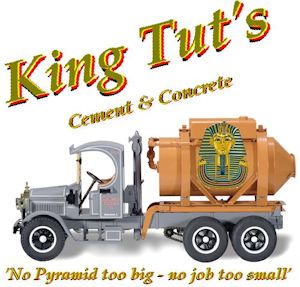 42:1 A handful of surviving Jews still living here in Judah came to me for advice. They promised to follow God's orders no matter what, whether it was for good or for evil. I told them whatever they do, not to go to Egypt. Many had gone over there because there is an economy there at least. People like having jobs and food and stuff. I said if they go over there to Egypt they will die. Many called me a liar and went anyway. Bastards. The Lord says the Chaldean army will beat the Egyptian army and burn their temples. Those Jews in Egypt will be killed when that happens. Maybe not, but one can always hope. 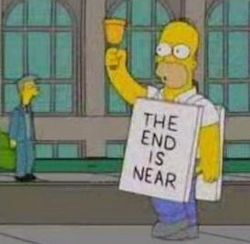 God is very upset with Babylon. I wrote a lot of anti-Babylon rhetoric in a book and sent someone to read it to them and then tie a rock to it and throw it in the river as a symbol of Babylon sinking into evil. You can imagine how that went over with the Babylonians. Bastards.

Next: No Cake for Me Thanks
The Bible According to Brad