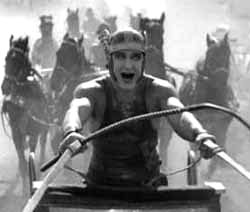 2:3 Some people are saying that it is not yet time to rebuild the old temple. Meanwhile Haggai comes along. He insists that God has spoken to him in private and officially given the go ahead. God says to place a large order for lumber and get to hammering. He looks forward to the pleasure of living in his fancy new custom-built god-home. He says to be sure and decorate it with lots of gold and silver, those being his favorite materials. And he says to build it way bigger than the last temple, with plenty of closet space. The last temple was too small and smelled like mildew and had a few blast marks from the time God smote us. 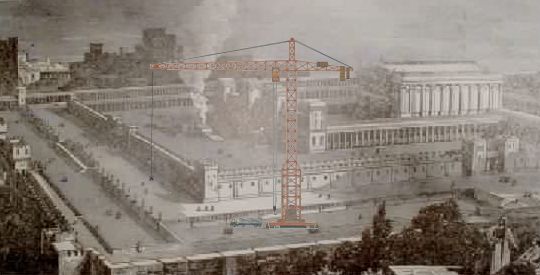 2:21 The king of Persia put Zerubbabel in charge of the reconstruction of the new temple facility. Who is still alive who remembers the first temple? Wow. Was that a long time ago or what? Sometimes God shakes up the world and rearranges the nations and overturns a chariot or two. God will always overthrow the non-Jewish nations and replace them with something better, especially in the middle east region.

2:23 God has specifically chosen our local governor Zerubbabel to be a symbol of Jewish regional political power, subordinate to the Persians of course. So go ahead Jews, unpack your things. The Persian Empire is obviously here to stay so this is it. This is for real this time. Woooot, the promise land, finally! Let's all build a great big new religious facility and get comfortable. Yaay mighty provincial Judah, minor dominion of Persia.

Next: Young Beer and Fresh Women
The Bible According to Brad

You know I'm getting more and more fun out of reading your blogs, thank you!