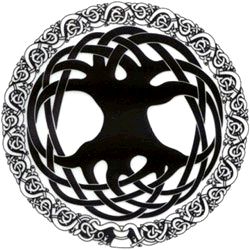 4:4 King Neb dreamed again and this time he remembered what it was about. It was a tree. The tree was a giant beautiful tree that everyone loved. All the people and animals lived together in and under and around the tree. But then a scary messenger appeared from some vague alternate dimension and began insisting that the tree be destroyed. 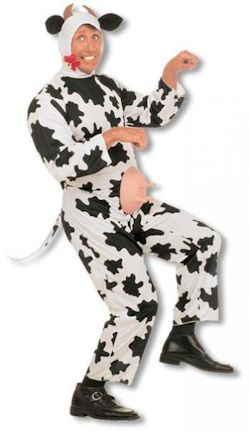 The dream tree was correctly interpreted by Daniel as a prediction that the king would go crazy and that he would think he was a cow. Sure enough, one day the king was talking about his great and beautiful Kingdom of Babylon when a voice from the sky began repeating Daniel's prediction and suddenly the king went loony. He got down on his knees and started eating grass like a cow.

Old Neb wandered around on his knees in the royal pasture for years. There was plenty of nice grass out there for him and obviously nobody tried to milk him because he was still the king. His hair and nails eventually grew long until he looked like one of those weird composite creatures mentioned earlier, part cow, part eagle, part whatever. When he grew to be an old man his mind finally returned to normal and he praised the Jewish God just before he died.

5:1 Belshazzar, the new non-cow king, threw a big party and served wine in the golden goblets taken from the temple in Jerusalem. Suddenly some creepy disembodied fingers appeared in the air and wrote on the wall as though it were a fogged mirror, or a dusty chariot. The king was so frightened of the cosmic graffiti that his knees knocked together. The usual wise guys were called in to interpret the cryptic message and as usual those bozos all failed.

The queen mentioned Daniel and how he used to be handy for such things as interpretations. Daniel was called in. He refused the king's offerings of gifts and interpreted the mysterious message for free. The message said "Mene Mene Tekel Upharsin" which means roughly “Your holiness is outweighed by your ass-holiness and the kingdom will be conquered by the Medes and the Persians.” During the night the king was killed and the kingdom was conquered by the Medes and the Persians. 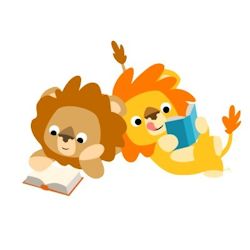 6:4 People in the government tried to minimize Daniel's influence but he was too perfect to be ignored. They finally got the new King Darius to rule that no one could pray directly to any god. People wanting to get a message to a god had to go through a priest or some other official bureaucracy. Anyone who disobeyed was to be thrown in with some hungry lions. Daniel flagrantly disobeyed the order and even though King Darius liked Daniel, he was legally powerless against his own kingly orders. Daniel was taken to the zoo and labeled as lion chow.

There was no window to the den's feeding area so King Darius called to Daniel through the door. Daniel shouted back that all was fine and that God had loaned him a lion-taming angel to shut the lion's mouths. The king rejoiced. Daniel was taken out, the bad government bureaucrats were put in, their innocent wives were thrown in, and even their children were tossed in. The lions tore them all to pieces before they hit the ground, especially the tasty little children. Darius rejoiced. He ordered that from then on everyone in the kingdom was to be very afraid of Daniel's God. 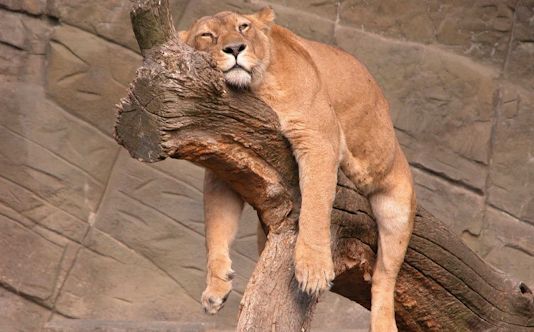 8:1 I myself had a dream. I dreamed that several large beasts were brought before "The Old One" and killed. Then a human was brought to "The Old One" and rewarded. Someone who was standing there in my dream explained to me that the beasts represented non Jewish peoples and the human represented the Jews.

8:5 Then I had a vision of a two horned ram being killed by a one horned goat. A saint was heard to say that the ram was the Medes and the Persians, and the goat was the Greeks.

9:1 I prayed a lot to God about the rebuilding of the old temple in Jerusalem in 70 years, as was once predicted by a rabble rouser named Jeremiah. The angel Gabriel appeared and told me that Jeremiah had made a slight math error, and that it is actually 7 times 70 years that have to pass first. That explains the delay. 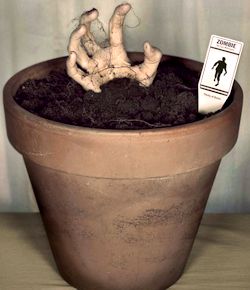 10:13 One of the angels wouldn't help me at all but the angel Michael at least told me the truth. Based on what he said I hereby predict the rise of the Greek empire. At that time Michael will come back and he will stand up and there will be much trouble, yes much trouble indeed I assure you. Many dead people will rise up and wander about as zombies at that time. Some people will live forever and some people will be ashamed and hated.

I saw a man down by the river and I asked God about him but I was told to never mind and to go away. 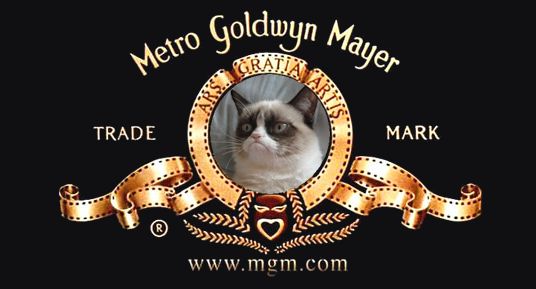 Next: Like Your Mom
The Bible According to Brad