Choice... It's an interesting thing that some people like to throw around as if everything is a choice. Sometimes things are a choice, and some things are not. I can choose whether or not to have a cookie before dinner. But I can't choose what my favorite ice-cream is. In that instance, I taste different flavors and have an involuntary feeling about the different flavors. I simply taste and I like it or I don't. Some people like to claim that sexual preference is a choice. Is it though? These people would have you believe that people that identify as homosexual sat down one day and asked themselves who they wanted to be attracted to. They thought long and hard about it and eventually came to a decision.

If this premise were true, that would also suggest that heterosexuality is also a choice. So, I ask of you... If you're 'straight', when did you sit down and decide that fact? Was it difficult to come to that decision? Or were you like me (and everyone else I've asked this question), and simply were how you are? I'm a heterosexual, and can tell you that I never had to 'decide' that fact. So why should we believe homosexuality is any different? Some people are of one sexual preference, some are another, and some are another still.

But lets just assume that it is a choice for arguments sake. Lets go with the claim that heterosexuality is the default sexual orientation. So even then, what makes someone think that a person can simply change away from that preference of favoring and being attracted to the opposite sex, to being attracted to the same sex? Remember, what you like is involuntary. Just like if you like a food or you don't, you either like men or you like women. Just like you can't simply decide to like Brussels Sprouts, you can't just decide to be attracted to a sex that you previously weren't attracted to. That's like saying that any one of us can just decide to be attracted to any person, whether our 'type' or not. In this sense, sexuality is not a choice at all!

I also hear a similar claim when it comes to religious belief... or more specifically, my lack thereof. I've been told that "You just don't want to believe", or asked "Why don't you just believe just in case?"  Such silly statements when you consider that belief is involuntary. It is not a conscious choice that you get to decide. Let me ask... Do you believe in the Tooth Fairy? No? Well, go ahead and decide to believe in the Tooth Fairy anyway. You'll quickly find that you can't simply decide to believe in something that you don't actually believe in. True, you can always fake belief just like parents fake belief in Santa to their kids. But the simple fact is, that when you look inside, you still don't actually believe in the Tooth Fairy, or jolly old Saint Nick no matter what kind of front you put up.

In that same way, I can't simply decide to believe in a deity, or decide not to. It's all a matter of being convinced by the data your brain has at it's disposal. When you're a child, you believe your parent's authority when they tell you of Santa. But as you grow and learn, things just start to add up until one day you realize that you don't believe in Santa anymore (unless your parents tell you first). There was no conscious decision of whether to believe in Santa or not. There just came a point where your brain made the connections that lead it to determine that it was no longer a believable premise. It's much the same when my non-belief is the topic of discussion. I don't lack belief because I want to. Actually, I think it would be cool if some form of reincarnation were actually real. However, what I want doesn't enter into what I'm convinced by.

Given what I know, I'm simply unconvinced by god claims. If arguments don't meet the required muster to convince me, my belief will remain unchanged. That said, my atheism is open to revision should something come to light that would convince me that some form of theism were true. However, I can not simply decide to believe, or not believe, any more than anyone else can decide to believe in any matter of fantastic creature through sheer will alone. You can't decide to stop loving your spouse, but you can stop loving them if new information or actions come to your attention that undermine the previous data set your feelings were built on. It's an unconscious weighing of everything by your brain. I cannot decide to believe, just like one can't decide to not be afraid of a Lion or a clown. You can conquer these fear through other means, buy simply deciding not to be afraid isn't one of them.

As you can see there are times when the 'choice' that someone may bring up wasn't a choice at all. But rather a natural reaction or the result of the actions of the unconscious mind drawing conclusions from knowledge and experience. And that's not a bad thing. In fact being aware of this fact is good and can be the path to some of the most honest answers and opinions you could ever get.

I like your writing James - but I must say that this would be a far more pleasant read if you broke it into paragraphs.

I like how in the last image the gods are put in order of most badass looking to most retarded looking.

James, I completely agree, and I have had this discussion with many theists.  I am so tired of having them say I am choosing to not believe.  You articulated it well, and it it is good to know that I am not alone.  At a time in my life when theists were actively and almost overwhelmingly trying to convert me, I could have fallen victim to their accusations of erroneous choice, rebelliousness, and hedonistic tendencies.  No matter what they said, I remained unconvinced, period.  Game over.  My mind would change if I had convincing evidence, of course.

Heather: I'll keep that in mind next time. I usually write these after a bad day at work, and am surprised they come out as comprehensible as they do.

kOrsan: Haha! They are aren't they? I didn't really have an order in mind, but it certainly came out that way. :)

Diane: Thanks! I'm glad you enjoyed it, and that you don't feel as alone in this thinking now.

Good post, James.  Heather's right about the paragraph breaks though the pictures broke it up a little. But very readable :)

Well put. I've thought about this many times- how I don't have a choice in what I like and dislike, and also what I believe. I've been pondering lately on an idea...Is it possible to "test" whether a belief is genuinely held or not? As an example, I had an argument with one of my friends about whether or not killer whales would EVER eat people as food. I argued that if starving, yes, of course they would, just as people would. She argued the opposite and even cited an example of an overturned fishing vessel in killer-whale-populated-waters during a season when they were particularly short on food. I could not find an example of a killer whale ever eating a person; however, I still believe that under the correct circumstances it would happen.

Her belief that it would NEVER happen could be tested by giving her an opportunity to swim with a starving killer whale.

Could there be a less-than-lethal "litmus" test of this sort for other beliefs, such as religious ones? What would it be?

P.S.: She is actually one of my exes. For a while I kinda liked the thought of feeding her to the killer whales. Lol.

Heather is right about the long paragraph issue. A lot of people—myself included—look at long paragraphs and move along without reading. If one's writing is organized at all, it can be broken up into paragraphs.

Thomas Jefferson once wrote a friend saying "Forgive the length of this letter, I didn't have enough time to make it shorter."

I have always found that a informative thought. 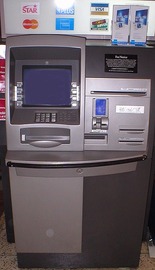