We’d be total shits if it wasn’t for Jesus, admit Christians

Christian organisations have called AC Grayling’s ‘Atheist Bible’ complete nonsense by insisting that if it wasn’t for Jesus they would all be complete and utter shitbags.

The Good Book is Grayling’s attempt to show that inherent kindness is a feature of evolution and bound tightly into our genetic make-up, not the result of an invisible deity threatening people with an… Continue

If I were that way minded I could say that I just had a very spooky call which seemed like a message for me that I am doing the right thing by questioning spirituality.  I have changed some of the details for ethical reasons. 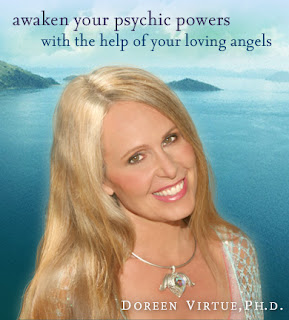 Lately I have been conversing with people who claim to be at the top of spiritual development, they are apparently enlightened, free of pain, ego, suffering and completely at peace.  One in particular has resources over the net which will help you achieve the same and has some popular podcasts casts which will help get you there.

All sounds good doesn't it?  That is until you speak to these self proclaimed gurus and ask a few questions.  It soon becomes apparent that they are no more… Continue

The Problems With Prayer

I was quite surprised at the level of response to the Hopi Indian response video which included messages from the family of the elder who created the statement.  What I find amazing is the level of anger towards me questioning the validity of prayer and asking people to donate instead.  Besides being called evil, narrow minded, one dimensional and a douche bag, this to me shows the level people are at when it comes to their so called… Continue

Have you ever wished you could fly?
Move at super speed?
Save people with super strength?

I must admit to not knowing…

I was watching the fabulous documentary The Human Planet and it was sad to see a local trader in the city of Jodhpur in India being robbed on a daily basis by a gang of monkeys.  The lady relies on her cart of food produce to bring in income and yet she can only chase them away as she has been conditioned like many others in her area to believe that monkeys are sacred to the deity Hanuman.  If they strike hard she is often left with no choice but to go home empty handed which in a tough…

Nice to see Christianity being so hypocritical.  Note the guy shouting at the Muslim "what kind of God would tell you to kill somebody because you don't believe in their God?"  Not the most coherent of sentences but he seems to have forgotten all about Christian history and how people were routinely tortured and murdered if they were classed as a worshipper of Satan or an unbeliever in their God.  I would also ask "what type of God sends people to hell for not knowing about him, not knowing…

I was told to watch an interesting documentary called The Worlds Worst Place to be Gay with Scott Mills.  Scott travels to Uganda to explore their views of homosexuality and discovers just how horrendous it is to be gay there.  The media regularly prints headlines with gay men and women being outed and encouraging them to be hanged, beaten and murdered.  This is seen as the norm in Uganda due to the deeply religious culture based on Christianity.  Pastors are funded to keep promoting hate…

2011 Census Braces Themselves For Millions Pretending They are Christians

A brilliant newsthump parody article about the 2011census in Britain.  Check out the site here.  Newsthump

2011 census organisers brace themselves for millions pretending to be Christians

In no particular order of preference, here is part one of the most harmful spiritual beliefs and why.

1. Karma, hell and punishment systems.
These are designed to create fear and control people through the belief that they will pay in some way for their thoughts, feelings and behaviours here on earth. As no-one is a master of their own minds then why would they be punished for not being in full control.  This expectation just creates guilt and stress as people try to… Continue