I did this with a bunch of dollar bills, and they are now in circulation, maybe they'll bring some people in. According to Penn, it isn't illegal like many think. So hopefully he's right lol

Can you recall the last time you were really angry at someone? So much so that you were physically shaken just at the thought of them? Rarely does this feeling of anger help us in getting what we want. Often, it will work against us, resulting in more pain, unnecessarily.

Even the most gentle of personalities can temporarily turn into a vindictive rascal, if pushed far enough.

A friend of mine is going through a divorce… Continue No matter how many times you experience déjà vu in your life, it never ceases to be a bizarre occurrence. While science has pretty much explained all the mystery out of awesome and strange things like the Northern Lights, eclipses, and those Magic Eye posters, it has failed to come up with a thorough explanation for déjà vu. Anne Cleary, a psychologist at Colorado State University, decided to put to the test that strange feeling where you could… Continue Theologians time and again accuse Science and Atheists of arrogance, and worse, for questioning beliefs that are illogical or criminal. They take super-umbrage over the very idea that someone else may have an opinion, and that this opinion may not be based in faith. They're more accepting of contrary faiths, but only slightly.

The fact is that Atheism is ITSELF, as a matter of definition, contrary to faith and godhood. An Atheist has no… Continue

Welcome To The Dark Ages!

Geneva, November 24, 2008 - By a vote of 85 to 50, with 42 abstaining, the UN General Assembly today adopted a draft resolution calling on all countries to… The Bible, like many myths, begins with answering how the world came to be and why it’s so screwed up.

The Bible tells us that God created everything in six days. He created Adam out of dust, and Eve out of Adam’s rib. (Woman, being the property of man, doesn’t get the dignity of her own mud spawning.) They were placed in the Garden of Eden and told they could eat of any fruit except one. If they ate that… Continue

A report by the Florida Medical Examiners Commission has concluded that prescription drugs have outstripped illegal drugs as a cause of death.

An analysis of 168,900 autopsies conducted in Florida in 2007 found that three times as many people were killed by legal drugs as by cocaine, heroin and all methamphetamines put together. According to state law enforcement officials, this is a sign of a burgeoning prescription drug abuse problem.

"The abuse has reached epidemic… Continue

When I was a kid

When I was a kid I used to pray every night for a new bicycle.
Then I realised God doesn’t work that way, so I stole
one and prayed for forgiveness.

PROOF THAT BIBLEGOD DOES NOT EXIST

This morning I was talking to my mother and I mentioned that my ex boyfriend's grandmother had passed away yesterday. She inquired whether or not it had been sudden and I replied 'she was winding down for awhile'. My mother thought this was an... interesting way of putting it. But isn't that generally what death is? I mean, barring violence, accidents, sudden illnesses, etc., our bodies would eventually wind down, give out and we'd die. I'm not really all that fearful of my own mortality though… Continue

Why stop here on our evolution from the ape?

We share our genetic make-up with animals. So why be squeamish about using animal genes to enhance our species?

There was a time when the use of animal organs in medicine gave many of us an attack of the moral heebie-jeebies. It was considered bestial, degrading and, well, rather yucky. No longer. Even the conservative Senator Jesse Helms, suffering from a coronary condition in the 1990s, gratefully consented to having a pig's heart valve, and I suspect most of us, offered a choice… Continue

Why is it stupidity is so contemptible?

Seems like a rhetorical question, but stupid behavior and/or expression bring out our often animated contempt. To cool my own contempt, I tell myself, people have the right to be wrong. If that were not true, we could not learn, for that is exactly how we learn; by making mistakes, or watching others make them. But to elaborate more, I believe people have the right to be wrong AND must have the responsibility to live with the consequences,… Continue

How one Bible story (NOAHS ARK) proves the Bible is full of crap.. and why the heck is it so popular among kids?

While often thought of as a "Children's Story", this is far from it. Loaded with contradictions to what we have been told about God, this story raises some interesting questions.

Warning – this view might disturb some readers, but please read the full article to understand to context of the points being made before jumping to conclusion.

The well known story of Noah's Ark is often listed as a favorite, and often considered as… Continue

Parallel Universes: Are They More than a Figment of Our Imagination?

"The multiverse is no longer a model, it is a consequence of our models.”

The Hollywood blockbuster, The Golden Compass, adapted from the first volume of Pullman's classic sci-fi trilogy, "His Dark Materials" portrays various universes as only one reality among many, but how realistic is this kind of classic sci-fi plot? While it hasn’t been proven yet, many highly respected and… Continue 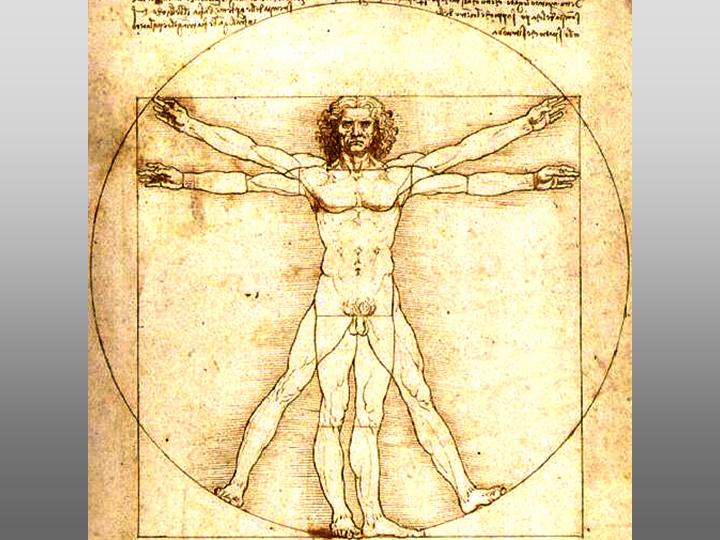 Leonardo da Vinci was the ultimate multi-tasker: an accomplished scientist, mathematician, engineer, inventor, anatomist, painter, sculptor, architect, botanist, musician and writer. If you want to be a Renaissance Man (or Renaissance Woman), you can learn a lot from how Leonardo da Vinci lived and thought. Based on studying the life and work of this famous polymath[1] anyone can emulate da Vinci with the following… Continue

Free science courses are a great way to prepare for college or review what you have already learned. They also serve as a valuable resource for self-learners who want to increase their science knowledge without the standard out of pocket expense. There are a number of elite universities that offer free science courses online. Examples include the Massachusetts Institute of Technology, the… Continue As an atheist, I believe that a Muslim has a greater… Continue

SALT LAKE CITY – Utah's growing tourism industry and the star-studded Sundance Film Festival are being targeted for a boycott by bloggers, gay rights activists and others seeking to punish the Mormon church for its aggressive promotion of California's ban on gay marriage.
It could be a heavy price to pay. Tourism brings in $6 billion a year to Utah, with world-class skiing, a spectacular red rock country and the film festival founded by Robert Redford, among other popular tourist… Continue

A atheist friend brought this up and I thought I would share it. "Atheists need to come up with a fake religion and convince hundreds of thousands of people to join it. When we gain hundreds of religious members, we pull the curtain and let everyone that joined know that it was all made up, and show people how easy it is to be convinced to live a certain reality, even if that reality is not real. Just a thought."

Me: "Pardon me?! What are you talking about? Who's Hank, and why would I want to kiss his ass?"

John: "If you kiss Hank's ass, he'll give you a million dollars; and if you don't, he'll kick the shit out of… Continue