Nothing Really Is Sacred After All....

I really have to get this out of my chest.

While I write this, I was reading BLACKEST NIGHT # 4. And I really had to post this particular photo-essay regarding this...

And you guys know what? There is no god. And this is simply because if there is a good, Barry Allen would not be alive… Continue

Further Proof Walmart will take over the world...

Try it, goto walmart.com and type "casket" into the search box. ~Dan

MILWAUKEE | The world's largest retailer wants to keep its customers even after they die.

Wal-Mart has started selling caskets on its Web site at prices that undercut many funeral homes, long the major seller of caskets.

The move follows a similar one by discount rival Costco, which also sells caskets… Continue

I'm starting to feel... um... not prolific.
Well, I need to point out that I'm finding it difficult to come up with good content to keep all of my blogs updated. Suddenly, I happen to have four sites/pages/blogs...
So, I have posted a new entry on my ongoing site.

How Do You Do?

Listen to this song keeping in mind that Shakira, the singer/songwriter, is a Colombian young lady who has always been Catholic… apparently she is questioning her beliefs and trying to… Continue

A court in Paris fined the Church of Scientology $900,000 for fraud on Tuesday. Steven Erlanger wrote in today's New York Times that in France the church "says it has some 45,000 adherents, out of some 12 million worldwide. It was the first time here that the church had been tried and convicted, as opposed to individual members.

He further explained, "The case was brought by two former members who said they were pushed into paying large sums of money in the 1990s, pressed to sign up… Continue 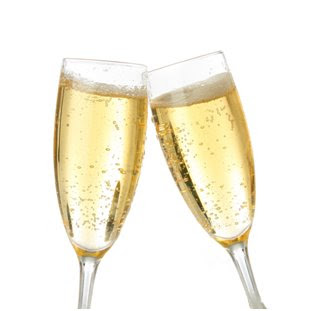 Jen posted this months Miss October, her prize is on its way from Glasgow Scotland. Go to Men of thinnk atrheist to see her winning pic.

Decon: 6 - Heaven is not what they think

There are a handful of major anchors that establish the TRUTH to a christians faith. In these deconversion routines, we look at many of them. Today, I want to look at a really big one. Heaven.

Before I go into heaven, it is important to understand that heaven is not about what you might think. It is about security. It is about having a safe, secure, comfortable home. Surrounded by people like them, like other people they know and love. It is a place that they can wrap around… Continue

What I've learned from debating religious people around the world.

This week sees the opening on various cinema marquees of the film Collision: a buddy-and-road movie featuring last year's debates between Pastor Douglas Wilson, who is a senior fellow at New St. Andrew's College, and your humble servant. (If I may be forgiven, it's also available on DVD, and you can buy our little book of exchanges, Is Christianity Good for the World?)

Newsweek's reviewer beseeches you not to go and see the film, largely on the… Continue

I am currently listening to a radio interview with one John Marcotte on Alan Colmes and I am so over the religious people in my state using their beliefs to run my life. I need to desperately find someone or something to join in a fight against these people. First prop 8 and now this. This situation is getting too far out of hand to the point where I can honestly say that I am getting scared. His website at rescuemarriage.org is crazy. I am married and I have hopes to stay married forever, but… Continue

We can learn something from James Arthur Ray

I’ve been thinking about the James Arthur Ray situation. You know, the guy who was on Oprah talking about “The Secret?” The one who killed three people by tricking them into fasting for days and then shutting them up in a sweat lodge so they could have visions and learn to become “spiritual warriors?” Yeah, him.

Did you know that he was charging as much as $9,000 a head for his five day retreat? Just to not feed people and stuff them in a hot tent while he regurgitated the crap from… Continue

This is from my blog at http://jackrussell8888.blogspot.com

Ready to fry some Christian's brains.

I love de-converting folks. Remember, the most powerful and fastest way to deconvert is not to argue, but to agree, but mess with their minds. Especially, to get them thinking and having to go directly to the bible themselves. Remember, the bible is the biggest ally is getting a deconversion to happen.

Decon: 5 - Talk to christians about zombies

Want to have some fun deconverting christians. *** from my blog at http://jackrussell8888.blogspot.com

This is a fun one. Zombies are a critical part of the christian faith, but something they don't talk about much. I think you should talk with them about it.

This is my fifth article on the fun ways to help Christians deconvert.

I will first restate my basic premises for my deconversion system.
1. People did… Continue

There are two diametrically opposed forces at work in human evolution. Biology wants diversity, that's why we have sex; to stir up the gene pool. Diversity increases the chances that at least some of our species will survive a catastrophic event.
Social pressure wants uniformity. My tribe is good, other tribe is bad. Those like me should be protected, those that are different should be destroyed. I think that that is the real basis of racism, sexism, homophobia, religious and all other… Continue

Chain Bear, Timeline of the Universe

Church of Scientology convicted of fraud in France

PARIS - A Paris court convicted the Church of Scientology of fraud and fined it more than 600,000 euro ($900,000) today but stopped short of banning the group as prosecutors had demanded.

The group's French branch immediately announced it would appeal the verdict.

The court convicted the Church of Scientology's French office, its library and six of its leaders of organized fraud. Investigators said the group pressured members into paying large sums of money for… Continue

Tell Me What My Beliefs Are

Sorry about the long absence. A cold, followed by midterms, makes for an overly long dry-spell. Also, a quick note regarding the earlier posts: I've gone back and fixed all of the names of the people I talked to. I may be thinking of the wrong person, but at least I'm using the correct name now.

Now, on to the main point of this post.
As I've probably mentioned before, my mother is a youth minister at the local church. What this means, is that she is essentially the Sunday… Continue

Russian pupils to have choice of religion, ethics

The proposal is part of a Kremlin effort to teach young Russians morals in the wake of a turbulent period of uncertainty following the collapse of the officially atheist Soviet Union.

Medvedev said preteen students at about 12,000 schools in 18 Russian regions would take the… Continue

How to choose a religion: the flow chart

Galileo Exhibit.... At the vatican?!

Rudimentary telescopes, celestial globes and original manuscripts by Galileo are going on view at the Vatican Museums as part of an exhibit marking the 400th anniversary of the astronomer's first celestial observations.

"Astrum 2009: Astronomy and Instruments" traces the history of astronomy through its tools, from a 3rd century A.D. globe of the zodiac to the increasingly complicated telescopes used in more recent times to gaze at the… Continue

The Universe from NOTHING: Amazing video

This amazing summary of our latest understanding of cosmology, by Lawrence Kraus, will blow your mind. It's what the majority of physicists now believe about the universe. It's the most informative hour I've ever spent in my life. You've GOT to see… Continue

Interesting article about Paul Haggis (Academy Award winning director of "Crash") leaving Scientology. I stumbled upon this here and I have to say that this reporting style caters to my tastes, so be forewarned before you click. There are pictures of beautiful women kissing each other. It will make sense when you read it. Or not. I didn't care, I was just happy to see… Continue