I guess he is drooling over those eagerly anticipated…

There’s a parable, or joke, told by Christians about a man who was caught in a flood. He’s standing on the roof of his house, and the water’s up to his knees as he prays to God for help.

I'm about to move to Chicago, and work in The Loop--but I don't want to live in the loop, perhaps a quieter less expensive place that is close to some form of public transportation that could get me quickly to the loop?

Does anyone know anything about Chicago and care to advise me on...anything. This is becoming scary !

Here, I'll share a thought experiment related to Pascal's Wager, and to the charge that "Atheists just want to sin." Is that a legitimate charge, or are there other ways to look at it?

We were pretty excited when our parents dropped us off at the city park.  It was not our own city, you see; we were…

More proof (if you needed any) that things go in cycles 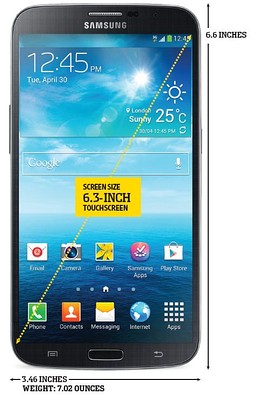 I have to laugh because after a couple decades of making cell phones as small as possible...… So, my school may have finally been targeted and criticized by the last remaining coo coo for coa coa puffs organization in America. Let's see, there is the... …

From the article found here:

"Evidence has recently been discovered proving that Grumpy Cat, everyone’s favorite grumpy animal, is in fact the second coming of Christ. The evidence is as follows: Check out the link for more…

I believe Christie's legislation is the first of it's type passed in the U.S. I am sure many New Jersey teens are breathing a welcome sigh of relief. Conversion therapy needs to go on the dusty shelf right next to shock treatments.

This is a parable based on the story of Thomas, from the Bible. Thomas didn't see Jesus the first time he appeared to the disciples, so he didn't believe at first that Jesus came back from the dead. But Jesus…

Went to a local annual motorcycle event yesterday to take in the sights and sounds. Wonderfully cool for August BTW. I was talking to a couple fellows from 'off' and we were discussing the local rides that are great for motorcycling. Then I warned them about one particular road that has a habit of devouring riders who can't cope with it's demanding off camber turns and such. I mentioned that each year usually one or more riders become a fatality on this particular route. One of them…

After disagreeing with the biological father (they were seperated) about which last name her newborn son would adopt a Tennessee woman proceeded to plead her case to a child support magistrate. The magistrate took note of the child's intended first name (Messiah) and informed the mother that she would not authorize the child adopting this particular name because there was only one person who should rightfully be bestowed with that name - Jesus Christ.

The woman has contacted legal…

Atheist Admires Pope Francis. So what?

I ran across this piece by a on a blog maintained by the order.  I thought the piece was quite good, actually, and reflects my own views in many ways, and the comments the author makes both to Catholics and indirectly about atheists might be of interest to those here.

It’s not uncommon for my various social newsfeeds to look like an avalanche of news about Pope Francis; it’s an occupational hazard of (i) being a Jesuit and (ii) knowing a lot of Catholics.…

After coming to this site every night for two weeks, I have decided to join and share my story. I have felt so alone in my disbelief lately, and I'm so thankful to have found this site! Thank you all.

I grew up in Alabama in a family of extremely devout, slightly evangelical, and very Baptist Christians. To say my family is religious would be an understatement. I became a Christian at age 12 (which was very late in comparison to the majority of the children at our church). I…

I'll start with that "ACF" part because that tells you what kind of a telescope I've purchased. It looks an awful lot like a Schmidt Cassegrain because the light path is "folded up" into a similar package to a Schmidt. The 10" f/10 suggests a 100 inch light path but the scope is…

Imagine you are in a dark room. Not completely dark, you can see little. You can see something round on a table and you don't know what it is – that is a mystery. You might think – it's an orange – that is a theory. But you can think it could be also a tennis ball – that is another theory. If it is a tennis ball, it can't be an orange and wise versa – that is a contradiction. You can go closer, take it, smell it and get more information to come up with a better theory – that is science. But…

According to the common Evangelical Christian narrative, God created all of us. He loves all of us. But all have sinned and fall short of the glory of God. Not just a few of us have sinned; we all have. If you break even…

When I first had my big de-conversion moment in November 2010, I began writing a journal full of thoughts I might share on a blog someday. One thing I wrote was a series of atheist parables. I found that explaining just why something didn't make sense, or why some part of Christianity was problematic, was much clearer if I put it into story form. You can make quite a bit of headway through metaphor and example.