Why is the fictional character God so compelling?

The Bible is a work of literature written by people.   One doesn't say that Shakespeare was an idiot because Hamlet didn't exist, rather they try to understand and develop the theme and intentions of the author. God is one of the Bible's main characters. The story of Batman isn't compelling by evidence that his cape can  be found. Those who think so really do not understand the story. What could the authors of the Bible have been thinking? We know that God (in one sense of the word "is") is…

I want to thank everyone who listened and watched the slideshow to "Last Prayer to God/1st Letter to Humanity" off my LP, Flyvek is...Just One of ____ and Counting, available on iTunes now.  Search Flyvek and you'll find it.  Shameless self-promotion I know.  But there aren't many Humanist/Atheist rappers out there that I know of, so we've got to get the word out.  If any of you know of any others, I'd love for you to point me in their direction.

Piggy-backing on my previous blog…

What do you expect to get out of it?

Like all atheists living in a religious infested society. I run into the theistic mammal once in a while, and following in the footsteps of my hunter-gatherer ancestors; I aim to swiftly take them down, but with clever rhetoric and indisputable logic in lieu of brute force. However, with the passage of time I have started to be less abrasive on the zealot. Why? It is not because I feel remorse when I burst the delusional bubble in which they hold any hopes for an afterlife or moral high…

My Way or the Highway

A few months back I went round and round about gay marriage with folks on this site.  However I'd like to ask just one more question especially among advocates of homosexual behavior.. What do you think of this, is it "normal", weird, over the top or what?  Not the separation, but the pregnant thing..
and if it is OK with you, were does this take us as far as relationships are concerned and human interactions ie: genetically male and genetically female? …

I recently spent some time checking out various Xtian websites trying to get a grasp of how theists rationalize misfortune, tragedy, and suffering in their personal lives. According to most of these sites this is one of the biggest unanswered questions that believers in god(s) are faced with. Most say it is "not our place" to try and understand or question the motives of god.

The Church of Christ (a Protestant American denomination) offers the following:

BODY PARTS OF THE PEOPLE WE KILL

BODY PARTS OF THE PEOPLE WE KILL

BEING USED AS PROPS IN PHOTOS BY THE

PARADING AROUND THE GLOBE

BEATING UPON THE HEADS OF THE REST OF THE WORLD

do you think this is ok, mister/miss john/jenny Q taxpayer?

do you think that after these kids get roped in by recruiters to be all they can be,

There's no gentle way to put it: People who give in to racism…

I recently did the political compass questionnaire here http://www.politicalcompass.org/test.

I am not reifying this model, but some of the basic formations I think have significant consequences for understanding political atheism. Before I get to the point of this post I just want to take a little time to…

Why I became an atheist.

To start off I want to explain that none of this is trying to insult anyone’s or any type of belief and I want you to know I respect all beliefs to the highest regard so please respect mine and my view. I want to say why I have started believing that "God" or any supreme being like him is not real. I have come to believe this for many reasons, which started because I have always struggled keeping faith in myself in times of stress as the majority of people always do. But I have come to see…

A letter from God to Fred Phelps

Look Fred, I know we've had a lot of history together, and we've known each other since, like forever, but I think it's time we broke it off. Lately you've been going sort of crazy with this whole "Westboro Baptist Church" and "God Hates America" nonsense. I think you're giving people the wrong idea about who I am, and who we are. It's not that I don't still love you, it's just that we're two totally different people,…

I know that this will be, by no stretch of the imagination, an original piece of work. The ideas and beliefs I state here have been formed by minds considerably more powerful than my own. I don't write this for any sort of recognition, but simply because I think it is beneficial to have all of this put together in one place; easy to find, easy to access. My hope is that it can do a bit of good, nothing more, nothing…

Proof Atheists MUST be In League with the Devil! (sarcasm) 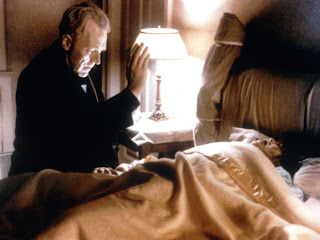 I lived in Saskatchewan for seven years during my elementary and high school days and it seemed like a fairly normal place.  A little too normal - okay, maybe a little on the boring side.  It certainly wasn't overrun with demons when I lived there.

Schopenhauer's 38 Stratagems, or 38 Ways to Win an Argument

*Disclaimer: I am not actually advocating these tactics since they are all logical fallacies and dishonest. However, theists are notorious for pulling these tricks even if they're not aware of it. We should be aware of their wily ways!

I am a grade 12 student in Red Deer Canada and i am unfortunate enough to be in a catholic high school. That means that taking religion class is mandatory for me. I currently have an assignment in which i have to respond to several quotes about religion vs science. It is my hope to put together a really well organized and logical argument from an atheist point of view. I have my own ideas, but i think it would be really cool to get some other perspectives, ideas, and…

Noticing all these things recently.

Since coming out last year to my family about being an Atheist I have noticed that there have been more then obvious increases in their religious behavior every time I'm around them.

For intense, my mother busted out her Bible, which has been at the bottom of a box in the back of her closet for the past 15 years. It now decorates the living room coffee table.

My oldest sister has suddenly discovered that she has taste for any and all angel paintings. So much so that she…

So, with Santorum out of the race, and Gingrich and Paul not having much of a chance, the media seems to have decided that Romney has already won the Republican ticket. He's even started looking for a running mate. He is so confident of his victory in the race for Republican candidacy that he's already decided to pick his Vice President.

As we've seen with Obama, and McCain, it's not uncommon for the presidential candidates to pick members of their own parties for this position, or…

Well I just joined think atheist so id like to tell you a bit about myself.

My story? I was born (Mumbai, India) -  became an atheist when i could reason - continued being an atheist in school and college (typical - Oh my gods! with 10 heads, rituals, idols, millions of gods, superstitions) - then took advice from my agnostic father "Know everything thing about what you are leaving to know why you are really leaving" - so i studied hinduism - then studied hindu philosophy - now i am…

Tis a short one, but funny. I stumbled on it today: