Interesting interview on Fresh Air in which Gabriel Byrne reveals what life was like growing up religious....

This interview is interesting...It is not only a revealing look at growing up in Dublin in a strict religious community, but it also reminds us just how damaging and dangerous the practice of celebacy can be.

Can we know say with certainty that it’s a pandemic ? it has effected billions on the planet and shows no sign of retreating.

We call on famed atheist Morgan Mathews to bring the world an antidote, which it so rightly deserves. I was thinking some kind of reason pill. In my opinion we should be burning down churches, bibles and putting the afflicted into secure units.

The JW came a knockin!!!

The other day there was a knock at my door, and low and behold.. the bible thumpers of all thumpers showed up.. the JW's!! I was almost ready to say.. my god's dick is bigger than your god's dick but needed to get back to work so I just said.. "I am Atheist" and slammed the door! Those people are so lost.. they have no clue what the hell is going on.. the blind leading the blind...

How Many Gods Are In The Bible?

There's at least a dozen questions I could preface, infer, or imply with this. One of the prevalent ones being xians' belief that the Bible proves the existence of Yahweh. Also worth mentioning is xians' belief that only Yahweh is real, and that all other gods are fake. There are more, but I'm going to focus on these two for now; please feel free to add to the mix if you feel so inclined.

Does the Bible ever actually say the others are fake gods? This might just be… Continue

How do you deal with family, and in-laws over your lack of faith?

Daniel Florien at Unreasonable Faith wrote a great article this week about handling criticisms with friends and family (http://unreasonablefaith.com/2009/04/27/dealing-with-criticism-from-friends-and-family)

That is great advice for once you've already come out, but how do you come out when you know you will be flatly rejected? When I came out as an Atheist my Mom exploded on my telling me she was going to force me to go to church and that I had no say in it (I was 15 or 16). She… Continue

Who is in Heaven now?

Morgan posed a vid titled "that is why I am an atheist and not an agnostic." In the vid a lady stands up and says that she wants to feel better knowing that her friends and family are in a better place. I've shaken my head at this statement for years. I don't know where the passage is that says that you just rise up and go to heaven right when you die. What is the point of Jesus raising the dead in the Apocalypse then?

1 Thessalonians 4:16 “For the Lord himself shall descend from… Continue

Ever since a 2005 trial in Dover, Pennsylvania, revealed "intelligent design" to be creationism by another name, school boards that want to expand science standards to accommodate "alternative" ideas have tried to do so in a more subtle way.

A boy came to my door today and said he was from such in such church and he was selling candy for his youth group, so they could go to Disneyland. I asked him how much the candy was and he said 5 bucks. I sd " I'll take one box and you pick it out for me." He said "My favorite are chocolate turtles." I said, "Chocolate turtles it is then."

I gave him the a five dollar bill and before he walked away he said, " Thank you, is there anyone you would like me to pray for?" I said, " No… Continue "You see, the fact is that for years these same individuals - many of them, not all of them, but many of them - who pronounced religious doctrine did not exercise it when young gay and lesbian students were being chastised for expressing their point of view. Where were these leaders of faith when college students of gay and lesbian orientation were beaten and often brutalized for expressing their feelings for each other? … All I’m saying is: Why didn’t… Continue

Swine flu: How to Survive God’s Wrath Via Stumble upon

My children, I am truly sorry. I tried hard to convince Dad to show you some leniency, but it looks like He’s going to fuck up a whole bunch of you with swine flu in very short order. It’s not the end I would have chosen for any of you, but unfortunately I’m only the Planner’s son. Here’s what you need to know to survive the coming Wrath of God.

I had a friend commit suicide due to his not so well life... He has tried a few times before, he did this half a year ago or so, and i commented him on myspace that he is now in a better place than this tainted pitch black tar of a world that we live in. So i get a messege from someone he knew, no doubt was she religious, but also a complete idiot and not enough to even read my testimony against her views, i thought it was an interesting conversation as i just went back to find it in my myspace… Continue

JERUSALEM (AP) — The outbreak of swine flu should be renamed "Mexican" influenza in deference to Muslim and Jewish sensitivities over pork, said an Israeli health official Monday. Deputy Health Minister Yakov Litzman said the reference to pigs is offensive to both religions and "we should call this Mexican flu and not swine flu," he told a news conference at a hospital in central Israel.
Both Judaism and Islam consider pigs unclean and…

"Today, I get dozens of students who ask to be excused lectures on evolution because of their religious beliefs. They even accuse me of telling lies when I say natural selection is backed by the facts. So I ask if they believe in Mendel's laws of genetics? They say yes, of course. And the existence of DNA? Again, yes. And genetic mutations? Yes. The spread of insecticide resistance? Yes. The divergence of isolated populations on islands? Yes. And do you accept that 98 per cent of DNA is shared… Continue

Loss of a beloved pet...

Being an active part in the death of your most beloved animal is a terrible thing. Death comes, sure. But generally it is unexpected. I know plenty of people have to do this every single day, but that does not make it any easier. You know, this has been a possibility ever since early March. Did we make the wrong decision. I just wish I could know what he was thinking. To know if everything we did was worth it. Did we just prolong his suffering? But I felt as long as he had a fight in him, fight… Continue

Margaret Evans, an assistant research scientist for the Center for Human Growth and Development at the University of Michigan, published a piece in 2000 titled “Beyond Scopes: Why Creationism Is here to Stay” that discussed creationist and evolutionist beliefs in children. I’ll summarize her paper as briefly as… Continue 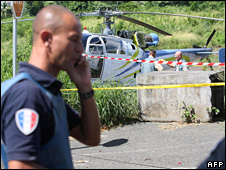 A few years ago I grew my hair out for the Locks of Love program. I've decided to do it again. Anybody care to join me? This is my starting point.

Ray Comfort has stated on his blog that atheists are like “broken records” repeating the same questions time and again even when answered satisfactorily (if only in the mind of the believer). His main complaint is the “But what created God?” argument in response to the Christian claim that the appearance of design demands a designer.

I understand Comfort’s frustration. It’s exactly the same for the non-believer. We consistently hear the same claims from “True Believers” time and time… Continue

Lets not pull any punches, atheist snobbery is dark blight on the atheist movement. Before I go on I will copy a definition of snobbery from wikipedia .

A snob is someone who adopts the worldview of snobbery – that some people are inherently inferior to him or her for any one of a variety of reasons, including real or supposed intellect, wealth, education, ancestry, etc. Often, the form of snobbery reflects the snob's personal attributes. For example, a common snobbery of… Continue

One Day At A Time

Do you remember
When you walked among men?
Well, Jesus, you know
If you're looking below
It's worse now than then...

The question is, dear Cindy, do you remember when Jesus walked among men? The priesthood was corrupt, health care was practically nonexistant, and Jesus' best friends were thieves and prostitutes. In the end he was tried, convicted and executed for a crime that didn't exist.

Explain to me: how are things worse?