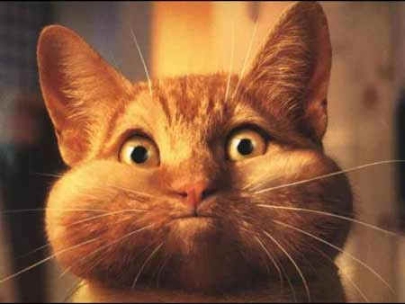 I'm always running across some interesting tid-bit that I'd love to share with others, but, but, but, they just don't seem to fit into any particular group.Here is your chance to post interesting, entertaining, funny, and noteworthy topics, videos, pictures, links, that tickle your fancy...

Permalink Reply by Sydni Moser on October 13, 2010 at 2:34pm
Just was in the mood... Boy, does this bring back memories. Saw the original production on Broadway when I was 17.

Permalink Reply by Sydni Moser on October 13, 2010 at 8:26pm
Where have all the hippies gone? They are alive and well in Ithaca : )

I can't speak for the others, but I'm still alive and well elsewhere. We can find no record of how many car accidents were caused by this 200 foot-wide soccer player billboard in Munich, Germany. But can you imagine seeing this looming bastard rising up on the horizon as you crest the hill? Germany once again shows no regard for their sleepy and/or stoned motorists, who are going to slam on their brakes for fear their sedan will be kicked into a gigantic net a mile away.

Check out the rest of these unrealistic photos and Parts 1-5 HERE:

Permalink Reply by Sydni Moser on October 17, 2010 at 7:47am
I found this article on a friend's facebook page and was amazed. Wish I was on this beach collecting colorful glass. How nice they would look sitting in a bowl on my coffee table : ) The phrase “glass sand” would normally make you think of ultra-pure sand resources used in glass-making, such as the sands of Fontainebleau. But I was intrigued by the link that Jules provided in his comment on last Sunday’s sand, a complete inversion of this meaning: sand made from glass. The link was to the Earth Science Picture of the Day (EPOD) for the 7th October that showed a beach on the Hawaiian island of Kauai where much of the sand is composed of glass fragments. That image is reproduced above, and here’s a superb photo of this sand by Tom Amon: Set in an industrial area of the island, this beach records the reworking of a landfill (in reality, it seems, a euphemism for people simply tossing rubbish into the sea), closed long ago. Huge numbers of glass bottles had been disposed of amongst the waste; these were subsequently smashed, fragmented, pulverised (or that wonderful word, comminuted), rounded, frosted and polished by the ocean. The sand of “Glass Beach” is not exclusively composed of these grains, and the glass fragments are not exclusively sand-sized (although time will tell), but it still comes as a surprise that walking on broken glass is so painless.

The larger pebbles of “sea glass” on Kauai are treasured by collectors of the stuff (vitramarinophiles?) – and this location is by no means unique. There’s another “Glass Beach” near Fort Bragg in California. Its origin is the same: for years the locals simply threw their garbage over the cliffs into the sea, and they threw everything, including cars. In 1967 the area was closed to such activities and is now part of a State Park, the sands riddled with worn glass fragments:

But surely, one might ask, if nature can do this so effectively and rapidly, why don’t we? Why not intentionally manufacture sand out of glass as an effective and useful way of recycling? The answer is that we do – to some extent. Broward County, Florida, faces the Atlantic Ocean and includes the metropolis of Fort Lauderdale; the beaches are famous and vital to the local economy – but they have a habit of disappearing under the influence of natural processes and human meddling. For years, millions of tons of sand have been pumped from offshore banks to “nourish” the beaches, at huge costs – and the extent of the operations has now meant that the sand supplies are running out and the offshore environment completely changed. So, also for years, the authorities of Broward County have been supporting a project to evaluate the use of sand made from glass in replenishing their beaches – something already done on the beaches of New Zealand’s Lake Hood and on the Dutch Caribbean Island of Curacao. There’s a good article on this here. The plan would never be to use only recycled glass for beach nourishment, the volumes required being so huge, but as a contribution it would seem like an obvious thing to do – as Commissioner Ilene Lieberman comments, "It's basically sand, so you're just putting it back to its natural state." But nothing is ever that simple. Recycled glass sand is an inert material and therefore, it would seem, environmentally benign and as close to its natural equivalent as you could get; part of the Broward County research has demonstrated this. But no, environmental concerns remain, and, anyway, “The county also wants to do more study on using crushed glass, mixed with natural sand, to boost the beaches. That proposal looked promising … but there's no company in Florida that supplies it, so the cost to study it more is prohibitive for now.” These quotes come from a report from last month of the “controversial sand bypass plans” which would excavate a huge offshore area to trap sand that would then be available for beach nourishment. Of course, this sand would then not be available to Fort Lauderdale, down the coast, and thus the Fort Lauderdale authorities are not impressed.

However, sand made from recycled glass is being used to some extent in concretes (interestingly coloured ones) and other standard aggregate appplications, as well as some sports surfaces, golf bunkers (sand traps) and so on – but we remain less efficient than the processes that create nature’s “glass beaches.” Ancient Egyptian Book of the Dead

The Book of the Dead is a collection of 200 magic spells and incantations which were believed to protect the dead person from evil and to guide him on his passage through a kingdom of the dead. Each spell was intended to be used in a specific situation the dead person might encounter on the tortuous path to eternal bliss.

The fragility of papyrus means that they can rarely be shown, but a new exhibition at the British Museum gives us the opportunity to come face to face with them. Read a review of the exhibition

ABOVE: Devourer, detail from the Book of the Dead of Ani

Thoth, the god of wisdom with the head of an ibis, stands recording the result of the weighing of souls. If the dead Egyptian’s soul was heavier than a feather, then they would be devoured by Ammut, who was one-third crocodile, one-third lion, and one third-hippopotamus.

CHECK OUT THE SLIDE SHOW HERE:


Picture: The Trustees of the British Museum

Permalink Reply by Sydni Moser on November 11, 2010 at 1:01pm
Oprah Invites Hundreds Of Lucky Fans To Be Buried With Her In Massive Tomb

Oprah's biggest fans will be entombed alongside her in The Oprahmidion where they will bask in her wisdom for eternity.