I have sighted five UFOs:

They were "unidentified flying or stationary objects" in the sky. Such objects were sighted by many millions of people globally. One of my neighbors has sighted a huge extraterrestrial spaceship fly right above our building. Air force officers all over the world have sighted extraterrestrial spaceships up close within yards, which would hover over or remain stationary over nuclear weapon storages for hours at a time.

I would like to know whether people in this forum have sighted any UFOs or have had other experiences pertaining to the phenomena.

In another forum (Allies of Humanity Forum), I have been threatened by an agent of the Extraterrestrial Intervention who professed to having been affiliated with the ET Intervention, that I’d be physically harmed, if I continued to resist the ET Intervention or encourage people to declare human sovereignty in our solar system.  So, in effect, that individual revealed that human beings will not be harmed if we remain acquiescent to the ET Intervention.

At least some of you, if not all of you, are unprepared to know how to discern these ETs, human-alien hybrids, or human agents of the ET Intervention simply by reading their statements such as those posted in forums.  Until you do, I suggest not making any false accusations of anyone as being extraterrestrial.  On the other hand, those who choose to remain ignorant about the ET Intervention, in denial of it, or neutral about it, or welcome these ETs are, intentionally or inadvertently, helping the very ETs that are here to enslave humanity.  In effect, those with such stances are, at the present, being agents of the ET Intervention deliberately or unwittingly.

The phenomenon will not simply disappear because any one of you attempts to sweep it under the rug.  It will, in fact, proceed more smoothly as the ETs have intended with less resistance from human beings, which is what they want.  Do not presume that the ET Intervention will not affect you or your loved ones.  It most definitely is affecting everyone on the planet, even if not everyone is aware of the ET Intervention, let alone educated about it and prepared for it.

So, which path will you choose:  do you choose to remain acquiescent and become enslaved by these ETs or will you resist the ET Intervention and declare our sovereignty in our solar system?

Start collecting this stuff into chapters - I bet you have enough material for a spin-off of the X Files.

Still hasn't denied or provided any counter argument to my hypothesis that he is a member of the evil aliens trying to mislead us...

He could 'mislead' us without being an Alien or a lap puppy to one.

As in MIB #1, surely he could be an alien avatar/EVA device.

Notice how many times I used the term 'could'?

If we make demands on his decision space, surely, the 'alien behind the facade', might get the hint and start kissing up to the local humaans. We don't want much, just rights to a FTL propulsion system, a zero-point energy generator, and where they took the WMD's!

Maybe some local cult, to remain nameless, would be interested. Anything would be better than 'Battle Field Earth'....

Do we 'KNOW' if Humaans are the highest form or life in the Sol system?

I am gambling on Europa or my cat!

My favorite line in the remake of 'The Day The Earth Stood Still', "Your planet?"

Of those people who are aware of the ET Intervention, some are hopeful that the ETs may be here to advance humanity technologically or help solve any of the global issues by providing technology such as free energy.  Yet, if you ponder upon this for a while, why would extraterrestrials be eager to provide such help?  What’s in it for them?  What do they want in exchange?  Most disturbingly, why would their help require taking people against their will?

People want to see friends and salvation in the visitors, and so this is what they are shown.

It takes great sobriety and objectivity to see through these deceptions and these difficulties. It is necessary for people to do this if humanity is to successfully emerge into the Greater Community and maintain its freedom and its self-determination in an environment of greater influences and greater forces.

Your world could be overtaken without firing a shot, for violence is considered primitive and crude and is rarely employed in matters such as this.

Perhaps you may ask, “Does this mean that there is an invasion of our world?” We must say that the answer to this is “yes,” an invasion of the most subtle kind.

If you can entertain these thoughts and consider them seriously, you will be able to see these things for yourself. The evidence of this invasion is everywhere.

~ From Allies of Humanity

It is utterly injudicious to accept any help or technology from the ETs, for benevolent extraterrestrial races do not coax emerging races ignorant about life in the universe, in such manners.  Only those ETs with the intention to exploit such naïve, ignorant, and immature races would persuade and lure with such inducements.

The technology that they would provide will be trinket technology in the universe.  Any trade agreements made with such ETs will seem reasonable enough initially, but will become harsher and more restricting as people become more addicted to the technology or dependent on extraterrestrials to provide essential resources that are depleted on our planet.  It will then be the ETs more than humanity, who will determine the terms of engagement.

In effect, the world will then become a subservient client state governed by a foreign race from outer space.  That is, humanity will lose its freedom, self-determination, and sovereignty within this solar system.  Rules under these ETs will be very exacting and harsh, for these extraterrestrials neither have the well-being of human beings on their heart, nor do they value any individual freedom within their alliances or within the human race.

Do you see that it is absolutely critical to never accept any help or technology from these ETs?  They are here to exploit humanity and overtake the world clandestinely.

Accepting any sort of help or technology from any extraterrestrials is the surefire way to becoming enslaved by them.

if you were away getting your meds adjusted, I have news for you: it didn't work! 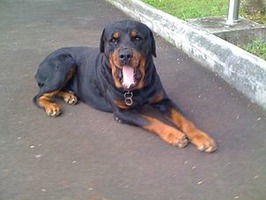 Wikipedia: A yawn is a reflex of simultaneous inhalation of air and stretching of the eardrums, followed by exhalation of breath. →