This is my first serious post on this site, so bare with me if I happen to not quite match up with this sites standards due to a lack grammar or general knowledge.

Of course it is important being able to argue about scientific matters, evolution, big bang theory and other theories. Often I have to realize theists tend to not care about what science tells them but rather what they have been indoctrinated to believe over decades.

Having no real arguments many theists quickly turn a scientific conversation into a discussion about personal believe.

Since none of us is actually able to prove the non-existence of a god, a different approach would be to prove that there is no need for a god based on two things.

1. Question their character for feeling the need to follow simple rules, like not killing or showing respect to other people(which religious people hardly do anyways), only because they fear the wrath of their god. Should morals really be based on fear or rather on respect and common sense?

2. One very interesting question I picked up somewhere in the vast of the internet. If a tribesman lived his life in peace, with respect for others and followed every rule a religion has framed, will this person go to hell simply due to the fact that he never worshiped the theists god? This should also work if you replace the Tribesman with an infant which makes it even more personal for most people.

As this is obviously no Step-by-Step tutorial how to argue with someone I still hope this provides some help or maybe just a little poke to the brain to give some new ideas.

Me being a very funny guy I will end this post with a hilarious joke.

Permalink Reply by Heather Spoonheim on May 9, 2011 at 6:40am
I've seen some good variations on your first argument.  One is to ask if they think it is OK to stone people to death like they did in the bible; it's a required punishment for adultery.  They usually say 'no', to which you point out that they seem perfectly capable of choosing right from wrong, even when it means choosing against the 'word of god'.

Permalink Reply by Robert Karp on May 9, 2011 at 3:11pm
I love that Heather. Great way to really challenge someone!

Exactly what I meant. 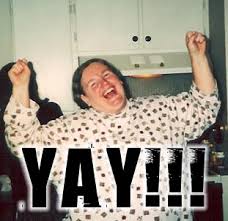 the bible addresses the second by saying, if they didn't know of god they are not held accountable and don't go to hell.

About the baby, some catholics say if a child is not baptized and they die they don't go to heaven but limbo. This changes depending on who you ask. They don't seem to like this so they choose to deny it. The bible fails to address the issue of unbaptized infants, so it's left up in the air. Pretty sick if you ask me.

By the way limbo is different than purgatory.

Sorry, I just looked up the thing about not knowing god and it seem there is no clear cut answer! What a crock!

I need to reread the bible again, lol.

The catholic's leadership did come out in the last couple years and said that Limbo was not real, there is no limbo. How very nice of them after centuries of telling parents this crap to finally repeal it.

Me either.... lol. I thought I had heard every chemistry based joke.... but apparently not

Permalink Reply by Akshay Bist on May 9, 2011 at 7:18pm
I can't make head nor tail of the joke. Maybe he was being sarcastic when he said he'd finish with a joke

Permalink Reply by Stanley Brooks on May 9, 2011 at 11:39pm
I'm glad I'm not the only one.  I'm wondering if there's another line that got left out.  The comment software is sometimes quite unforgiving.  Today I've been having the problem of it reverting to the beginning of my comment when I hit the return key, quite frustrating.  And then it works.

Sorry, I fixed the typo.

It should be clear now.