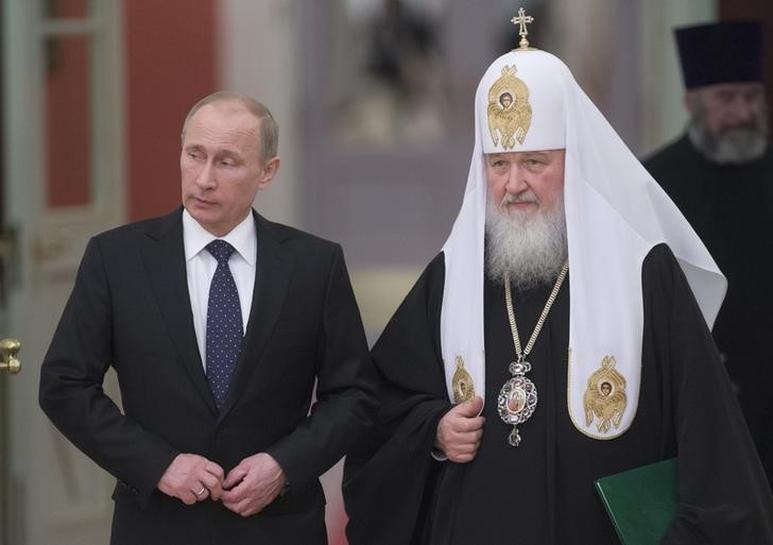 Russia, a country that was once officially atheist (with a vast percentage of sincere atheists) started crawling back to the church the moment the Iron curtain fell. The countries behind the curtain that maintained clear secularism and had notable atheist populations...had the healthiest democracies, best freedom of speech and more robust economies (Czech republic, Estonia, Slovakia, Latvia) while those who started kissing the churche's asses have faced and currently have far right, extreme right or radical right governments (Poland, Hungary, Russia). Putin and the head of the Orthodox church help each other greatly and they do favours for one another (especially on contentious topics like abortion and gay rights). What is clear is, reverting to Christianity in public life and strong influence of the churches in Politics...go hand in hand with backtracking on civil rights, equality and inclusivity, bodily autonomy, healthy democracies and economic progress. Hungary has a particularly repugnant government at the moment well versed in religious rhetoric. Is anyone surprised?  Isn't it convenient that the two most religious EU countries with the most influence from the church (Poland and Hungary) have treated migrants from the Middle East most savagely and have overwhelmingly voted to accept few or even none of them while the more secular countries show far more compassion and resources for them.

Since there are still large chunks of atheists in Russia and Hungary whose best tools are evidence based criticism, blunt critiques and comedy/satire, it poses a threat to the Churches and their influence in civil society. The church and the religious actually get hysterical over even mundane-humour about the church and of course send people to jail over outrages (Pussy Riot) but even simple statements like "God does't exist and it's silly to think he does" posted online can get you in jail  (luckily in this rediculous case the sentence was suspended after the media got a hold of that case and there was some public backlash). The law however, in principal, is widely supported in Russia as are the fierce anti-gay laws and indifference to sexism.

The argument goes, peoples deeply held beliefs are special and people should be shielded like an overprotected mother, from having their belief in an all powerful God criticized or laughed at. Sacred beliefs are to be respected. An insult about deeply held beliefs is worse than insults about say your opinions about a film or a product you make and sell or your occupation or how attractive you are. Where you draw the line is open to interpretation though the line seems to favor the church. Say "christians are deluded"? Thats a crime by offending religious people's feelings. Criticise the church for their stance on sexist laws? That may also be a crime.

What makes it all obvious that it's not about deeply held beliefs at all but about defending the Church, is that the deeply held beliefs of humanism, secularism and other non-religious based world views are open game. A humanist may be deeply ofended and hurt when people (or even churches) attack or insult or laugh at their ideals...and this apparantly needs no protection. The church can make statements like "We don't want to be a part of Gay-urope" but don't you dare say their stance on Noah building an arc filled with a gazillion animals is silly.

This month confirmed everything I predicted. it came as no surprise that what the law was really ultimately not just about defending the church, but it was protecting the orthodox church and their increasing marriage with the state. Putin has the orthodoxes Churchs ear, not the Pope's or a Shia Moulah or a Rabbi. Jehova Witnesses (a threat to the primacy of the orthodox church as well as a paranoid government) have not only been defacto outside the protection of criticism of religious beliefs (they have been recently attacked and ridiculed in the media, the whole Christian sect has been banned in the country. Attacking sincerely held beliefs as a crime, is just a smokescreen for making churches beyond critique...and in this case, one particularly powerful church. 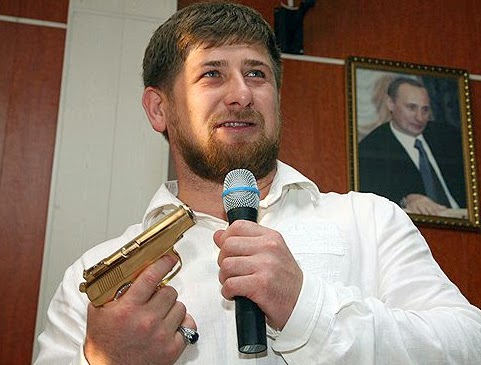 The same thing has happened in a much much smaller scale in some Muslim majority provinces (Mostly in the South) which have gotten a hold on their extremism. The president of Chechnia was once a militant, and then became Putins own henchman in Chechnia. Instead of marrying Orthodoxim with state, he did so through is faith. Their leaders protray a highly conservative family values islamic face (so naturally they've all been caught screwing whores and have multiple accusations of systemic rape, abuse, torture and state theft). As long as the province is in line with Russia, their religion actually props up the general theme in Russia which is a large shift to the right and regression and how people lose even the most basic principles of human dignity, integrity, respect...is irrelevant. What a surprise that it came out this week that Chechnia has a underground concentration camp for suspected homosex... Perhaps they use slave labour to pay for the henchman's gold gun and enormous fleet of luxury cars and his harem (multiple defectors have claimed he forces his inner and even his opponents to watch him screw prostitutes...before they get a chance to have their go (the opponents just get to watch...just as it is said nowhere in the Koran).

Blasphemy  laws serve only one constructive purpose (or is that destructive?). It protects the marriage between church and state. Nothing else. Or am I wrong?

Ditto for idealisms... even (say) communism.

Well, as the sole purpose in inventing Christianity was to have a nose ring in the populace to manipulate them with, being designed specifically as a tool of governance, it should come as no surprise that it is being used as intended.

@ TJ,  "a nose ring in the populace" - I shall be reusing that phrase with such authority that people will believe I thought of it :-). Just broke the "Like" button.

In the first picture why does Putin have his shirt on?

The man has nothing recognizable as values other than self-aggrandizement and gaining wealth.

Much like someone else that description probably brings to mind.

Like that person, he really doesn't even give a shit about his own country.