A Conservative minister has scuppered the progress of a new law to pardon all gay and bisexual men in England and Wales historically convicted of sexual offences that are no longer criminal.

The legislation, put forward by John Nicolson of the SNP, failed to pass to its next stage in the House of Commons after an emotional debate that brought former Labour minister Chris Bryant close to tears.

Nicolson’s bill would have given an automatic pardon to men convicted under the obsolete laws relating to gross indecency with other men. It would go further than an amendment to the policing and crime bill proposed by the government, which only pardons the thousands of men who are already dead, while the living will have to apply to the Home Office to get their convictions overturned. 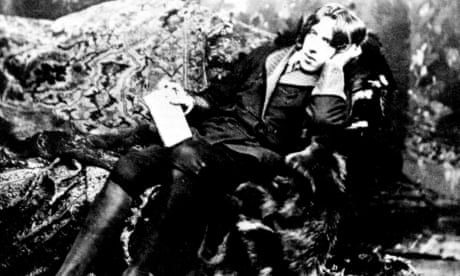 However, Sam Gyimah, a justice minister, ensured the bill could not go forward on Friday because he spoke for so long that it ran out of time. He argued that the bill did not give strong enough protections against men being accidentally pardoned for sex with a minor or non-consensual sex.

An attempt by the SNP to force a vote was unsuccessful because there were not the requisite 100 MPs in the House of Commons. Debate on the bill is set to resume on 16 December but it is unlikely to progress without the support of the government.

Ministers announced earlier this week that about 40,000 dead people will be pardoned, three years after a posthumous pardon was issued to the second world war codebreaker Alan Turing for the offence of gross indecency.

But out of the 65,000 men convicted under the abolished laws, about 15,000 are still alive and will have to go through an administrative process in order to obtain a pardon.

Bryant, the former shadow leader of the House of Commons, fought back tears in parliament as he said it was not good enough for the government to automatically pardon those who are deceased while requiring the living to apply to the Home Office.

Speaking in parliament, Bryant recalled a group of gay and bisexual MPs who opposed the appeasement of Adolf Hitler in the 1930s, but were bullied by the government of the day and branded the “glamour boys”. He said they and others should receive “something that feels like an apology”.

Crispin Blunt, the Conservative former justice minister, also warned that the government’s proposals do not have the desired “symbolic effect”, while Nigel Adams, another Tory MP, labelled the behaviour of ministers as “a little bit slippery”.

Wes Streeting, a Labour MP, shouted “outrageous” as Gyimah made his arguments and later tweeted that the minister had “come to work to block a bill to deliver justice for people imprisoned and chemically castrated for being gay – what a guy”.

Nicolson said his bill would “provide a blanket pardon for any gay man convicted of a crime which is no longer a crime”.

“The meaning of that is patently obvious,” he said. “If the crime for which you were convicted is still a crime, by definition you are not pardoned,” he said. “So let nobody be confused about that. The aim of this simple measure is, I hope, obvious.

“The pardon confers no immediate advantage except this: it will, I hope, bring closure to those men who have had those monstrous, unfair criminal convictions for decades.”

But Gyimah, a government minister, said: “As well as honouring the dead, [the Nicolson bill] seeks a pardon for the living. We have developed a way to do this without giving any perception that the pardon covers perpetrators of sex with a minor or non-consensual sex.

This Tory minister and the government he serves are heartless bullies in this and so many other subjects. How can you give a pardon to those who have died but expect the living to grovel for a pardon.

Permalink Reply by Strega on October 22, 2016 at 6:27pm
It IS important for the living, as they carry criminal records which ought to be expunged. The dead are dead - too late for a pardon to have any meaning.

can you imagine having to go through the process of begging the government for a pardon. This should be done automatically and there should be an apology as well.

Permalink Reply by Strega on October 22, 2016 at 6:44pm
It's not really a pardon that's needed, it's nullification. A pardon is equivalent to forgiveness - which acknowledges a crime. Saying that they can't do a blanket pardon in case a real criminal gets forgiven is a feeble excuse unworthy of contemplation.

That was the argument given by the Tory Minister bloody creep. The criminal records should be wiped clean. Many of these people are in their seventy's

The term in the US is EXPUNGED.

When a record is expunged, there is no longer a record of it.

So, if a living person who was convicted of living while gay, etc...and therefore has a criminal record...were to apply for a job, his record, which is searchable, even with a pardon, still has a conviction on his record...and that he was pardoned.

A pardon is really best used to reduce/shorten punishment.  Pardoning AFTER time was served means nothing except the government forgave you for the crime that you already did your time for.

If the buggers are still in prison, etc, sure, a pardon IS fine and dandy if that means they get out right then and there, etc.

If the government can no longer punish you for what used to be a crime, their "forgiveness"for those burned as witches, by them, is not as useful as, perhaps, taking witchcraft off the list of crimes,,,and erasing the record of the acts as they are no longer crimes, nor, relevant.

IS Alan Turing any better off, now that the government forgave him for being gay?

He's long gone, and those who remember him know he was gay anyway....its not like they made him straight, or apologized for persecuting him....he's still an outed dead guy.

So, a pardon, for dead people, and live people who have already finished being punished, is feel-good fluff.  A pardon for those still imprisoned, is at least able to have an impact, but, importantly, removing the "crimes" that are NO LONGER CRIMES, from the records, is better.

The term “pardon” implies that gay people did something wrong and need to be forgiven. It is the establishment that was in the wrong. Instead parliament should be offering an apology to each and every gay person they wronged and any offence listed against their names should be expunged.

For people who are dead, pardons don't do much good.  One could argue either way, but taking Alan Turing as an example, the existence of his persecution is not erased by a pardon or overturning his conviction.  This is like a war wound or scar, that LGBT people should show with pride, that despite persecution they accomplished much for the rest of the world to be grateful for.

When I lived in Indiana in the 80s, local police entrapped gay men then arrested them for indecency and sodomy.  The record was published in the local newspaper without trial.   Careers ended, jobs were lost, and families destroyed.  No exoneration or pardon can help those people, if they are still alive.  Most probably are dead.

Germany apparently is paying reparations.  That is a move in the right direction.  It's interesting because Germany doesn't recognize marriage equality or equal rights for gay people.