I'm a cat lover and one who's unapologetic. I like cats better than dogs and I'm going to tell you why.

Despite the fact that the dog's skull is nothing like a human's, they have managed to mimic almost all human facial expressions. I think they do it even better than chimps, which may be why we never bothered to domesticate chimps.

A cat's face, on the other hand, has almost no ability to mimic human facial expressions. They express their emotions through both their body language and, most especially, their tails. Learn to read a cat's tail and you have a window into its mind.

As much as cats respect themselves, dogs do not. Dogs control man by serving him. Just like the "house ni**er" gained favor by being compliant and eager to please in pre=Civil War plantation times, dogs are all "What can I do to please you, master? Want me to run? Want me to fetch? Want me to catch a frisbee?" And they get us to do things like take them out for a walk two or three times a day.

Then, of course, cats are far better at taking care of themselves. My cat's coat is always immaculately clean and she never ever stinks. I've never noticed her breath. If she were forced to live in the wild, while there are many perils for cats (dogs, coyotes, cars), the one thing that wouldn't happen is starvation. Cats are superb solo hunters and can kill prey up to the size of rabbits. It's a toss-up if a dog would make it in a similar situation. Not without joining a pack, but it takes large prey to feed a pack and probably the only common prey that's large enough is, in fact, people or other dogs...and the occasional cat. But cats are hard to catch because they are quick sprinters and great climbers. If there's a tree or fence nearby, cat will be off the dog's menu that day.

For me, one of the joys of having a cat as a roommate is cat behavior. Cats are into everything. If I had a dog and I did the dishes, my dog would probably lay down at my feet, but my cat insists in participating. She will sit near the sink and her eyes will follow everything I do. When I'm at my computer, she wants to be there on my desk with me, not laying on the floor. Sure, it's annoying when she walks or lays down on my keyboard and gets pissed at me when I try to move her (yes, cats get pissed and resentful in ways dogs never do, even though you are the person who feeds them and cleans their litter box).

Let me receive a UPS delivery and my cat can't wait for me to open it. A dog could care less to find out what's inside. Since what's inside is usually of no particular interest to a cat, that leaves the packing material and box, which is an instant amusement park for a cat.

Oh, and cats don't need their human to play. My cat plays with things like twisty-ties or rolled up paper balls.
She goes nuts once or twice a day and jets around the apartment chasing some imaginary critter. She has a cat tree and she will attack it, clawing it as though it's some large prey item. Then she'll jump to the top and hang upside down from the crow's nest at the top.

Cats are extremely stubborn. Try as I might, she insists on climbing up onto my toaster oven. Of course, I fear she'll do that someday when I'm broiling something in it, and so I chase her off every time I find her there, but she'll be up there again 5 minutes later. I've tried spraying her with water, putting a layer of foil on top, I've even shoved her off it roughly hoping scare her, but it doesn't scare her, it just makes her mad. (BTW, before any cat lover suggests putting double-sided tape on top of the oven, I need to remind them: this is a toaster oven and it gets extremely hot).

So, what do you think about cats?

I could watch a cat all day long.

I love cats, but a dog is happy just to be with you!

There is a theory that dogs are the perfect parasite. Just google on "dogs are parasites." They aren't physical parasites like tapeworms. They are social parasites who manipulate people's feelings. I did mention how their faces are used to mimic human emotions, didn't I? A cat is a cat. A dog is a wolf who's learned to seem human.

This is true. I taught my dog to "meow". No self-respecting cat would ever bark just for treats.

I say turn it on as low as it can get so that it burns just slightly, but not horribly. She'll jump up once, and never do it again. That's if she never checks, though. If it's in a place where she has to get next to it first, then she won't mess with it if it's bloody hot. Cats are usually smart, and won't intentionally get near anything that's super hot. My cat sleeps in my bathroom sink because it's oval and perfectly round, so it fits her like a glove. You've no idea how badly my inner troll wants to just flip the handle.

She already jumped up on it once when it was uncomfortably hot but not searing hot and she jumped off in a flash. Didn't make an impression I guess, though perhaps it made her more wary. She has never jumped onto it when I've been cooking something on high heat or broiling. If she did, it would likely be an emergency.

She probably learned to check before sitting. It might be a little ugly, but you could JB weld some thumbtacks to the top, and use a pair of dykes to trim them down so they're only uncomfortable, not dangerous.

I don't expect you to actually do this, I just have a habit of coming up with ideas, and spitting them out.

Dykes? Let's keep gender out of this. And why would I need two lesbians?

To keep each other company of course.

Diagonal cutters. It's an old term that came from using the first sounds of each word. "Di" and "Ca" Political correctness only goes so far before it begins to get a little silly. Next thing you know, they'll be changing the name of the grass that many farmers plant. Right now it's called Rape. That's right, a type of grass called Rape. 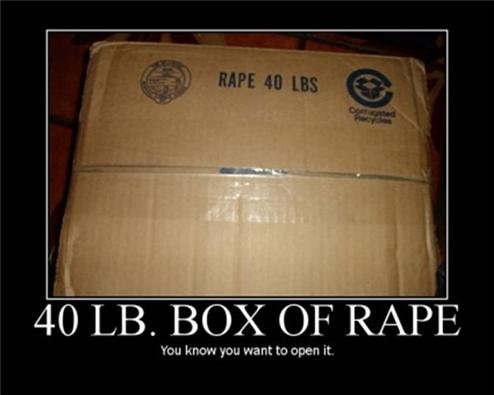 Canola oil is called canola oil because the marketers had a feeling a bottle of rapeseed oil could sell better with a more pleasant sounding name.

Rapeseed and canola are not terms to be used interchangeably. Canola was developed from rapeseed through the use of traditional plant breeding techniques. The crops differ with respect to their chemical composition and nutritional quality. Rapeseed oil contains a high proportion of erucic and eicosenoic acids which are not essential for human growth, and render the oil unfit for human consumption. In addition, the protein meal fraction left over after crushing, contains compounds called glucosinolates which inhibit growth in livestock. Conversely, canola oil contains low levels of erucic acid, and has the best nutritional profile of any vegetable oil on the market. Canola meal is also low in glucosinolates which enables it to be used as a nutritious protein source in livestock feed rations. According to the 1986 trademark, canola oil may not contain more than two percent erucic acid, and the solid fraction of the seed may not contain more than 30 micromoles per gram of glucosinolates (Canola Council of Canada Canada’s Canola, 2-3).